You are here: Home / E-Book News / Sony eBook Store Opens in the UK 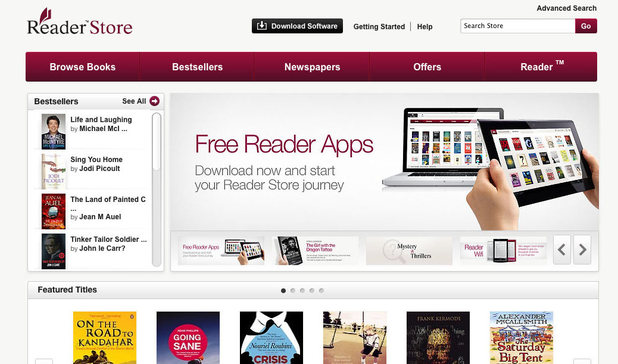 Sony has unveiled their United Kingdom ebook store today at the London Book Fair. This gives users the ability to purchase books directly if you have a Sony Reader WIFI or any of the Sony tablets.

Sony’s dedicated ebook store initially went live in the USA and Canada in 2006 to take advantage of its burgeoning e-Reader line. At first they used their own propriatary ebook format, and then switched to ePub a few years ago. Its next store hit Japan in 2010 when Sony had courted major newspaper and publishing partners to penetrate their home markets. The UK store was set to go live back in October but saw massive delays. A spokesperson from Sony said, “We are pleased that the store is now open to our UK customers. We apologize for the long wait and inconvenience, but we wanted to be absolutely satisfied that our store was finished to a high standard for a first class consumer journey online.”

Sony has made inroads with newspaper and book publishers in the UK to offer homegrown material. You can take out newspaper subscriptions to the Guardian and Daily Mail for only 99p. Many digital books are also available such as Jeremy Clarkson, Jodi Picoult, Michael Palin, Noam Chomsky, Nora Roberts, Patricia Cornwell, Roald Dahl, and Thomas Keneally.

In a recent press release, Sony hyped up their store saying “The store’s clear, uncluttered design enables book lovers to search effortlessly for their favorite titles. Stuck for ideas for your next holiday read? There’s further inspiration provided via the ‘Featured Titles’ and ‘New Arrivals’ categories.”

If you don’t have a Sony Wireless e-Reader or any of their Android tablets like the Tablet S or Tablet P you are in luck! You can download their official app for Android and buy books on your tablet.