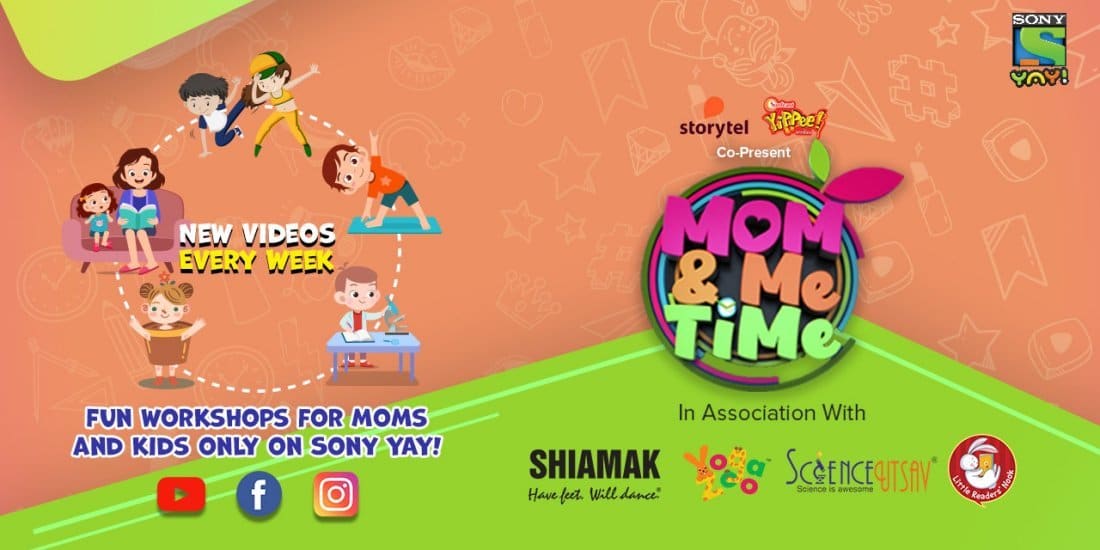 Storytel, one of the leading providers of eBook and audiobook streaming services recently joined hands with the kid’s channel Sony Yay! to host a DIY and storytelling session targeted at kids and their mothers. As animationexpress reported, the activity involving Storytel was carried out under the Mom & Me Time initiative of Sony Yay! and aimed at highlighting how reading out stories to the kids can be a fulfilling exercise for them.

The activity involved letting the kids savor a video series comprising of three videos based on stories Storytel has to offer. These include Jandharv, The Blue Jackal, The Monkey & The Crocodile, and Buddhuraj, the Foolish Lion with the stories narrated by none other than the legendary actor, Naseeruddin Shah.

Then there was the art genius Lalon who too chipped in and created DIY stuff, something that the young minds are easily drawn to. Apart from these, there were other activities as well where the kids got to hone their socializing skills as well as their smartness. These include a dance session by Shiamak Davar’s Institute for the Performing Arts while other activities performed include Yoga by Yoga Zoo, Storytelling by Little Reader’s Nook, and science sessions by Science Utsav.

The three videos, meanwhile went on to garner more than 820K impressions, which can be a nice indicator of their popularity. The fun activity presents a win-win situation for both Sony Yay! and Storytel, with the latter playing hosts to more than 20,000 stories targeted at the kids. In any case, Storytel is easily counted among the largest eBook and audiobook streaming service providers in the world and competes with the likes of Amazon-owned Audible.

Sony Yay!, on the other hand, is owned by Sony Pictures Networks India and has almost everything to offer that can make kids happy. Those include shows and movies, games, interactive activities, along with plenty more. The company takes pride in describing itself as a one-stop destination for happiness for kids throughout the country and beyond as well.