You are here: Home / E-Book News / The Best Free EBooks To Get Your Hands On Now 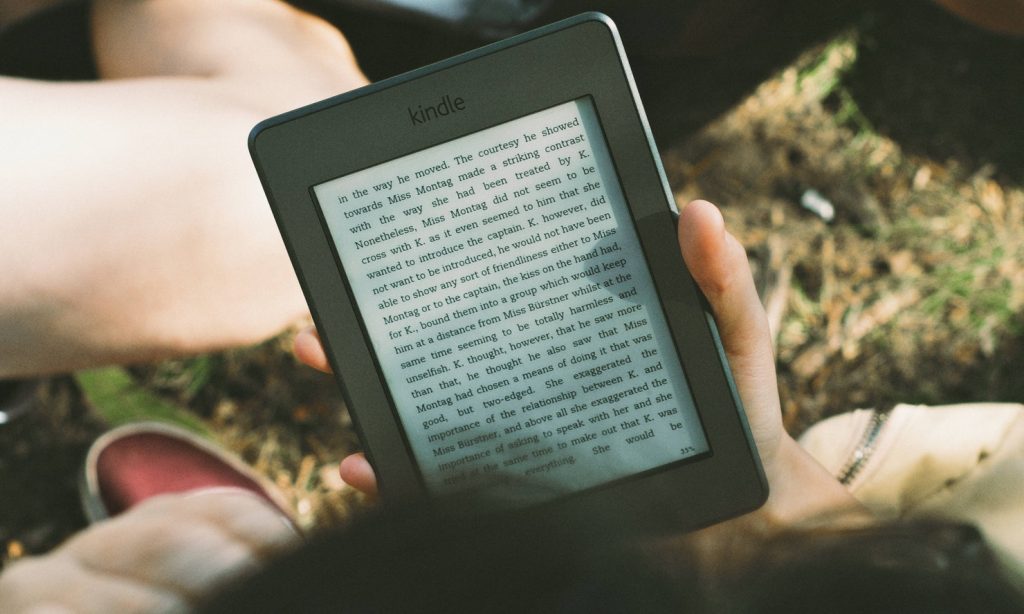 We all love a good read or two. And what’s better than a good read? Getting it for free! Occasionally you can get a good book as a gift, passed along from a friend, or even at a random book swap – or the library – and not have to pay a cent. But if you have a Kindle or an e-reader (hey, even if you’ve got a phone or a tablet!) you can download eBooks so you’ve always got a book in your pocket.

With phones and tablets these days you can simply install the Kindle app (or similar) and have all the world’s libraries available at your fingertips. Perfect for the train ride to work. Most of these eBooks, however, cost money to download. Authors don’t usually pour their heart, soul, and minds into their work, dedicating a fair amount of their time to a project, just to give it away for free.

However, there are some pretty amazing free eBooks out there. Some authors choose to put some of their works available for free, still others the copyright has run out on, and others make free eBooks in the hopes you will sign up for their services or pay for other books they’ve written.

No matter what genre you’re currently digging, you’ll be able to find a range of eBooks available for free. Have a browse through our list and see what catches your fancy!

There are many other free entertainment options online, from free gaming, free TV shows and movies and free shopping. But these are rarely completely free and somehow make you enter your credit card details. E-books on the other hand are completely free with no string attached. That’s why we love them.

Most of us will be familiar with the story of Alice in Wonderland, but it’s often through the Disney cartoon or various live action remakes. How many have picked up the book to read? Alice’s Adventures in Wonderland is a delight for both adults and children alike, and can be the perfect before bedtime read, either to your children or simply in bed by yourself. The twisted fantasy, clever writing style, and adult analogies is a joy to read.

The companion book, Through the Looking Glass, is a little less easy to break down for children but an eye opening read for adults.

Did you love reading The Lord of the Rings? Brandon Sanderson has been touted as somewhat of a modern-day Tolkien. His ability to create entire worlds, classes, eco-systems, lore, and legend, makes his writing always an engrossing read.

The story of Warbreaker encompasses a princess betrothed to a God King, an immortal being, and have a magical life force called breath, that is captured from beings and then transformed with the help of color to solve underlying issues in the world. Hard to explain in a nutshell, but if you’re a fan of alternate fantasy worlds then you should definitely pick up this great read.

Spies. Aliens. Conspiracy. Threat of intergalactic war. Ancient civilizations. Charles E. Gannon sure knows how to build the drama, in this free book that is the first in the series of Tales of the Terran Republic. If you are on the lookout for a new Science Fiction book to read, then this might just hit the nail on the head.

Fire With Fire was a contender in the 2014 Nebula awards. Be aware that there is a fair dose of misogynist thought in this piece, so if that is a put off for a read then you may struggle a little with this book. It’s a classic Sci-Fi romp that’ll appease some readers more than others.

Readers looking for a fresh take on philosophy who haven’t yet picked up any of Neitzsche’s works should take a look at this bastion of morality writing from the famous philosopher. A German philosopher, his theories in Beyond Good and Evil are designed to make us critique the notions of inherently “good” and inherently “evil” as constructs of a Christian morality code – one that is not inherent at all, but rather a construct of the system through which it is promulgated.

As with all philosophy reading, the book can be a bit of a hard slog at times and it pays to read slowly and carefully, going back over what you’ve read at times so that you may fully understand what is being said (and the implications).

Biography: Sean Patrick – Nikola Tesla: Imagination and the Man That Invented the 20th Century (via Amazon) – rated 3.8 on Good Reads

One of the most important inventors and physicists of the past comes to life in this short insight into the mind and works of Nikola Tesla. Written as more of a self-help tome, the eBook covers the creative genius of Tesla and how it might apply to your own life. While it isn’t perhaps the greatest of reads on this amazing scientist, it is an easy and interesting one.

If you are interested in a brief history of the man, and some of the secrets of unlocking your own creative juice, then pick up this book on Amazon and have a read. While we can’t guarantee it’ll unlock your own genius, it may just be a step in the right direction.

The Brothers Grimm are the stuff of legends. This fairy tale anthology of short stories is the basis of a great deal of many of Disney’s classic cartoons, and their fairy tales have been adapted all over the world into plays, stories, movies, series, and more. The book gathers together some of the best European fairy tales such as Little Red Riding Hood and Rapunzel into one large collection that’ll have you reading to your children all year.

Be warned, with this book, in regards to your children, that many of the tales can be a fair dose more gruesome than the fairy tales “lite” version that you have experienced elsewhere. This is the real deal, and these fairytales are designed to scare children from dangerous activities!

One of Stephen King’s classics, Misery is a creepily good read. The master of suspense sets a tale of a popular romance novelist who awakens to find himself crippled in someone else’s house. The house belongs to a crazed fan, one that needs him to change his stories to indulge in her fantasies. All the while captive under her rule and with the threat of further violence. He is, indeed, in misery!

Old fans and new fans of Stephen King will enjoy this fictional work that is both gruesome and freakish. Even if you have watched the movie, Misery, and enjoyed it, you are still more likely to find this book a fair more entertaining read.

Romance: Cynthia Eden – The Devil in Disguise (via Kobo) – rated 4.04 on Good Reads

As far as free eBooks go, if you are a fan of Romance novels, then you are spoilt for choice for what to read. But that’s not to say that every book is going to strike you. The Devil in Disguise is a fantasy romance based around the actual Devil, in the form of Luke Thorne, and a startling seductress, Mina, whose stories intertwine as they get caught up in lust, flesh, and action packed adventure.

If you like stories about strong men, with equally strong women, as the centerpieces of your romance, then consider picking up this read. This eBook is part one of a series of 6 so far, so you can get ready to continue on with this powerful duo, with the perfect touch from writer Cynthia Eden.