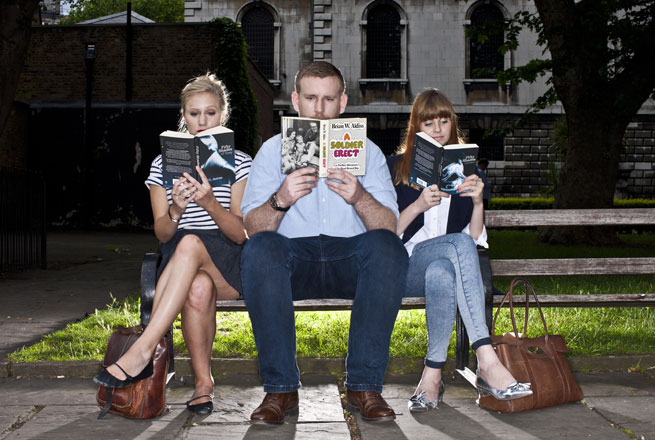 Amazon recently celebrated their 5th anniversary of the Kindle this week and the company has come a very long way. This holiday season, the company is offering a very expansive portfolio of devices, such as Kindle Fire HD 7, Kindle Fire HD 8.9, Kindle Fire 2012, Kindle Paperwhite, Kindle 4, and Kindle 5. This marks the first time it has ever had this many devices available at the same time.

The Amazon ebook store has grown in leaps and bounds. Not only does it offer 1.3 million ebooks, it recently incorporated Kindle Singles, which are too short to be a full book and too long for an essay. Kindle Serials is also a new platform, which brings back the serialized fiction that was popular over one-hundred years ago. With all of the content in its store, including self-published titles, you may wonder what are the company’s top-selling books of all time?

There were plenty of famous authors over the last thousand years, who in contributing their thoughts and dreams shaped the very fabric of our society. Plato, Chaucer, Kerouac, Dickens, Shakespeare, Joyce, and Twain have all captured the imaginations of generations, and are lauded as some of the best writers in history. But which books are people buying digitally? Fifty Shades of Grey, The Hunger Games, Catching Fire, Mockingjay, and Fifty Shades Darker. Hardly considered elevated fiction.

One of the reasons why Amazon’s bestseller list of all time reflects modern books is because of a new way it indexes classic books. The company removed the vast majority of free classics that it published (adopted from Project Gutenberg) prior to 2011, after replacing them with the same books using new ASIN’s, meaning new product pages. In doing so, Amazon orphaned millions of links from the web, which now arrive at a “Can’t find what you’re looking for” page, not to mentions tens of thousands of customer-created Listmania lists, So You’d Like To guides, and Customer Discussions. They are orphaned because Amazon does not redirect, or forward the ASIN’s of ebooks removed from the catalog.

Obviously The Hunger Games and Fifty Shades of Grey have dominated the bestsellers lists of 2012. These books were purchased in such quantity that they have been etched into the annuls of time as the most popular.