You are here: Home / E-Book News / Readers Vote on their Favorite e-Book Genre 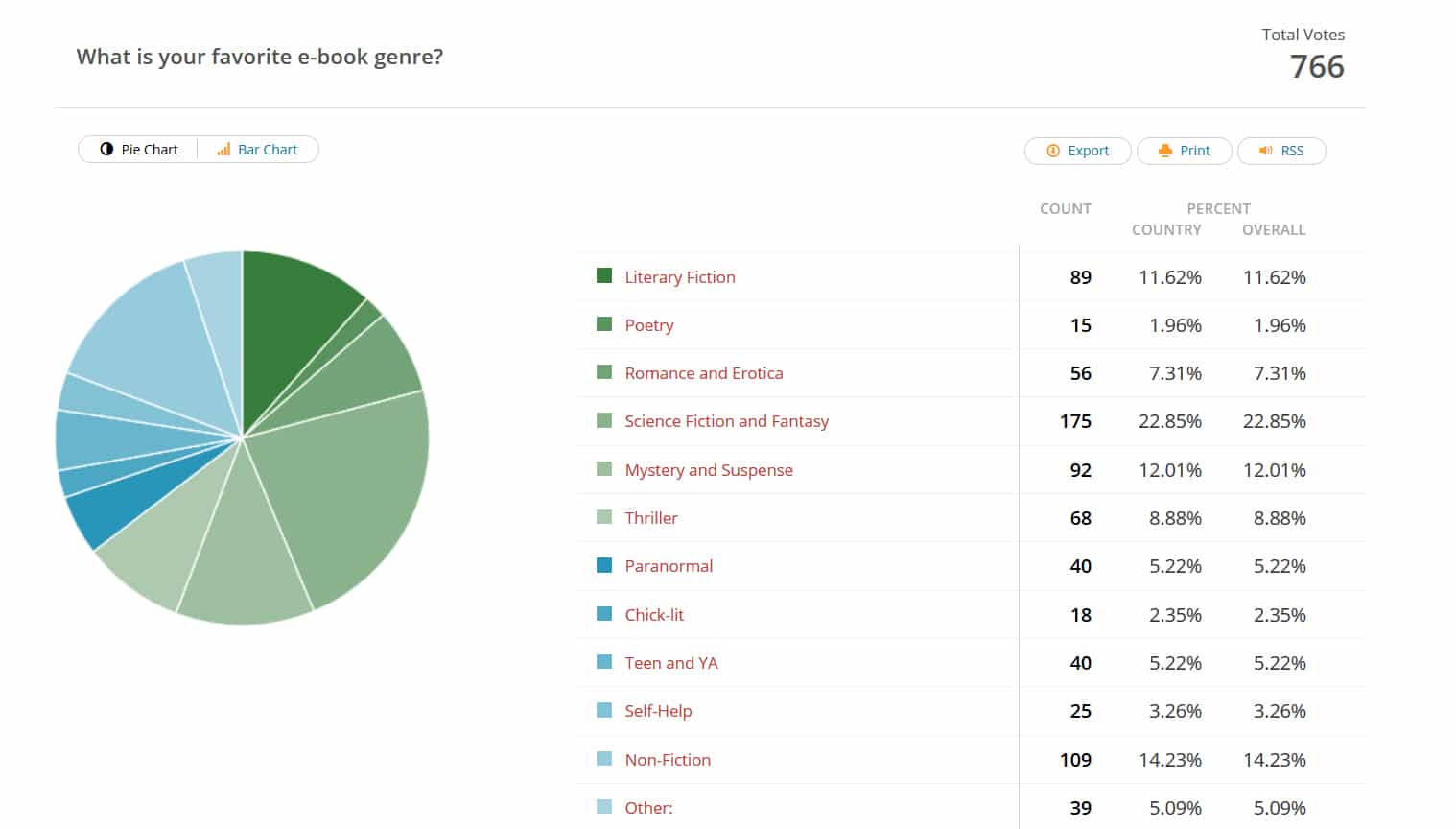 There is a common misperception that people read e-book genres differently than they do print. This stems from a series of articles that were written between 2010 and 2012 when they first started to get popular. Many people thought that people who read books they did not want to clutter their bookshelves with, such as trashy romance and fantasy novels. In other cases it was an anonymity issue, you could read 50 Shades of Grey on the bus, and no one would give you weird looks, like they would with the paperback. With all of the research we have conducted over the years from hardcore e-book lovers is that they tend to read the same type of books.

Over the course of the last few weeks we conducted a poll on Good e-Reader that asked people to weigh in on their favorite e-book genre. 766 people participated and the clear winner was science fiction and fantasy, which captured 22.85% of the overall vote (175).

What I found that was very surprising about the data we collected was that romance and erotica did not fare too well. Only 56 people said it was their favorite genre, while Teen and YA novels captured a meager 40 votes. The reason I am surprised is more than half of the people visiting the site are women, and statically they read more erotica, paranormal romance and YA than men do. Either not many women participated in the vote, or hardcore e-book lovers tend to buck modern reading conventions.