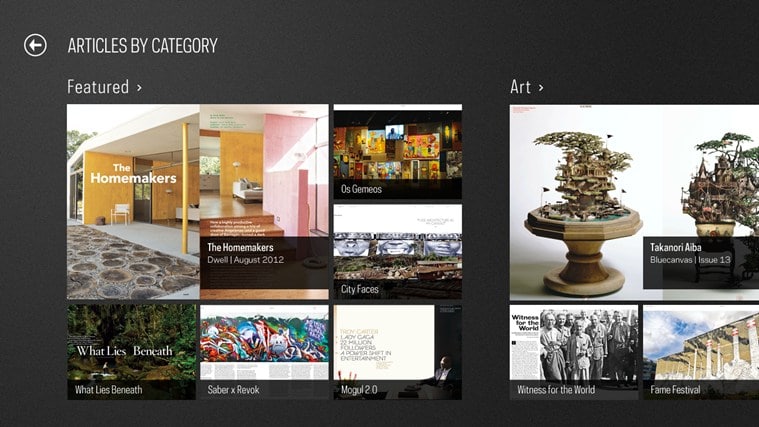 Zinio has announced today that its digital magazine app is now available for Windows 8! This gives people who have a PC or tablet the ability to enjoy a full reading experience right on their desktop. Any past purchases or subscriptions will automatically be delivered right to your PC! You also get to enjoy some new features, such as pinch and stretch and Snap Views, Offline reading plus auto-downloading on WiFi, new library management features and the ability to Bookmark pages in app, or pin magazines or articles to the Start screen.

The Zinio app, if you have never heard of it, allows consumers read, save, and share articles from popular magazines daily as well as subscribe to their favorite magazines from Zinio’s global catalog of over 5,500 titles, ranging from news, science, technology, fashion, entertainment, and others.

“Windows 8 affords Zinio users a more tactile magazine reading experience on devices of various form factors,” remarked Matthew Davis, Zinio VP, Product Strategy. “There’s something about the new Windows user interface that lends itself well to our platform, or vice versa. It’s the quality of interactions, the elegant tiling, the aspect ratio, the consistent treatment of features across apps. We think our readers will really like magazines on Windows 8.”

Zinio is one of those companies that have been around for many years, but still floats under the radar. It is mostly known for its iOS app that has been one of the most downloaded of all time. It tends to focus on cross-platform functionality and even has a native Playbook app. The official Windows 8 App gives the company access to hundreds of millions of potential customers.

The Microsoft Surface RT Tablet and many other PC variants gives you an entirely new interface with a new way of doing apps. Most of the programs provide you with Live Tiles that give you an idea on what’s going on. Installing this app took less than five seconds and it is beautiful! You get a full page layout of the magazine and on the PC you can simply hit the scrolling function on your mouse to turn pages or to browse magazines. It is more intuitive than the older version, which was simply accessing its website. A neat little feature is Text View, which strips the app of all pictures and styling and just gives you the text.

I installed Windows 8 at midnight when it first launched and immediately uninstalled Skype, Kindle for PC, and many other news apps. The native apps written for Windows 8 tend to be higher resolution and gives you a better experience than their legacy versions. I wasn’t too sure about the new way to do apps when I first heard about the development, but I am sold. Now, if only I can lose the habit of hitting the TAB button.