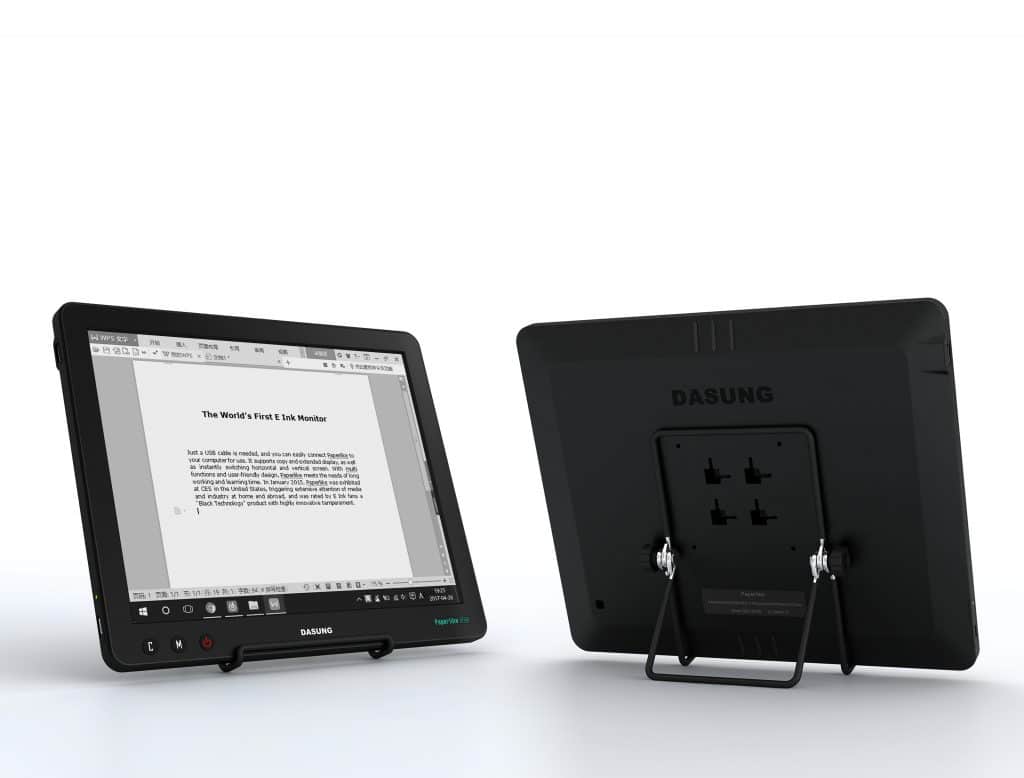 Dasung is a company that developed a secondary screen for your computer that used E Ink E-paper last year and it was called the Paperlike. It was billed as being easy on the eyes, but the response time and resolution left something to be desired. Dasung has announced that next month they are shipping out their second generation display called the Paperlike Pro.

The Paperlike Pro features two different configurations, one has E Ink Carta and the other one has Pearl. They both have a resolution of 1600×1200 and the PPI is around 250. You can watch videos and surf the internet because they employ A5 mode, which downgrades the quality of the screen, but gives you better performance. Onyx and a few other companies have employed these on various devices in the past, but none of made it to the mainstream yet.

This device connects up to your computer via the HDMI cable and simply functions as a secondary display. It is not self-powered and doesn’t have any internal memory, so you cannot use it as a e-book reader. In order to make full use of the PaperLike PRO you will need a dedicated video card with two ports in order to make full use of it, on-board graphics normally just have one port. I recommend the Nvidia 1070, it is a really solid and what I use. Oh yeah, aside from HDMI it also has USB C and a VGA port.

The Pearl version is shipping out next month for ￥4899.00 and the Carta version ships out three months later and is retailin for ￥4999.00. I would recommend to spend the extra money and get the model that has a Carta display, Pearl is just too old.