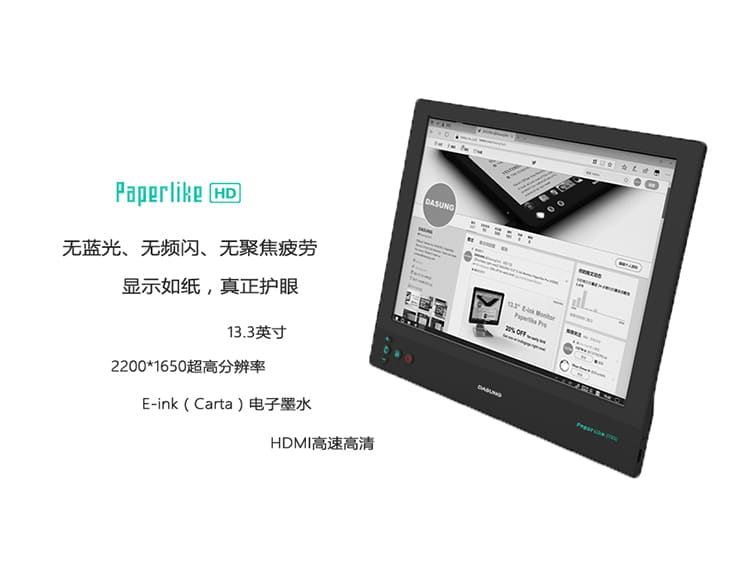 Dasung has developed their third generation E Ink monitor called the Paperlike HD and it is currently available in China. This product will likely be released in North America via Amazon sometime in the next few months.

The Dasung Paperlike HD features a 13.3 inch E Ink Carta display. The resolution can be changed depending on your computer and video card. It can do a minimum of 800×600 to a maximum of 2200X1650 at 207 PPI. It can hook up to your computer via Mini HDMI and it also has a USB port. It is compatible with Windows, MAC and Linux.

When it comes to the Dasung product line they are simply monitors, they do not have a processor or function without a computer. They are primarily aimed at people who suffer from eye strain by staring at a LCD or LED monitor all day and need an E Ink product that is easy on the eyes. The Dasung HD is supposed to be quicker than previous generations, as the company is constantly enhancing their Floyd rendering engine, which is basically A2 mode on steroids.