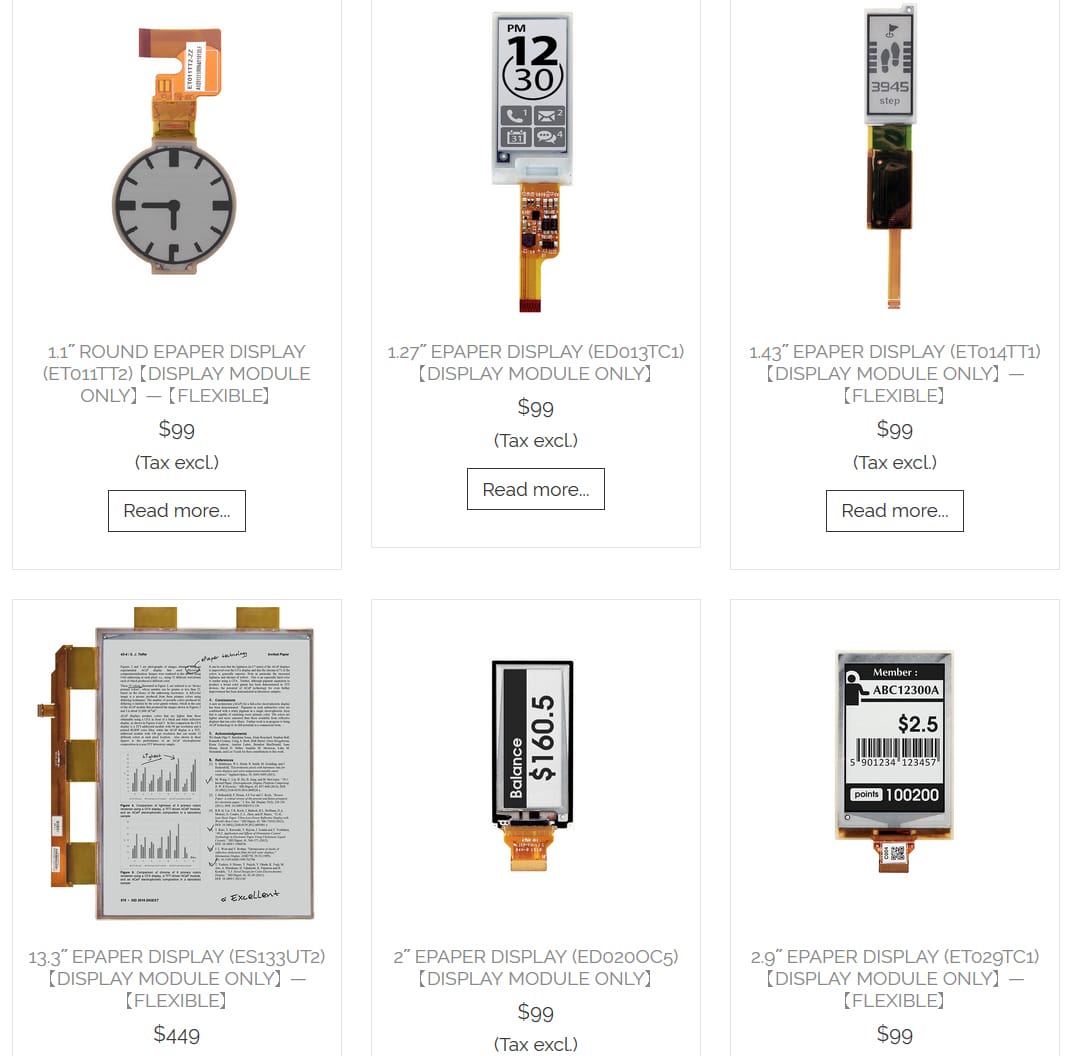 E Ink has just unveiled an online store where they are directly selling e-paper displays for e-readers  and also niche segments such as luggage tags, grocery labels and smartwatches. This marks the first occasion in which E Ink is getting involved in assisting startups and developers with providing the screens they need to be able create their own products.

The decision to sell e-paper screens directly for the purpose of internal development or for hobbyists is welcome news to the future of digital paper. It will allow people to easily buy things, without the need to deal with other companies or to play email tag.

Update: E  Ink has confirmed with Good e-Reader that next month they will be launching more e-Paper modules with different sizes and some of them with Black/White/Red. It is then followed by driving boards with Touch panel and Front light functions with compatible panel modules in Feb, 2017.