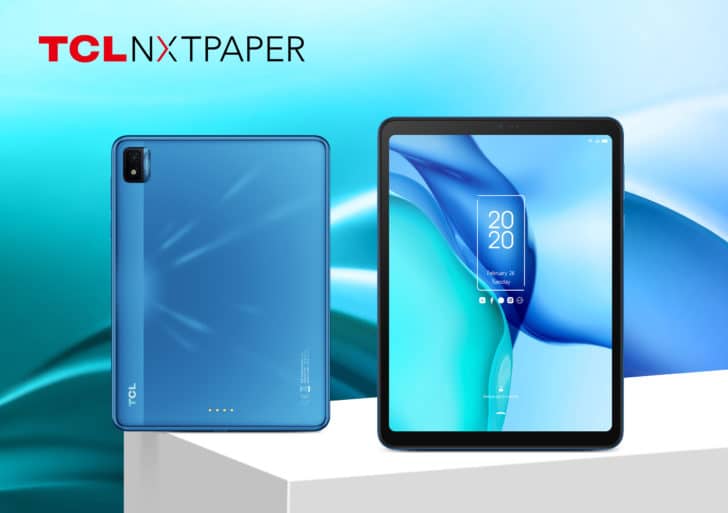 Last year, TCL announced a new screen technology called NXTPAPER. This tech has been in development for a couple of years and the first commercially viable product will be coming out in April. This eight inch tablet will have an 8 inch screen and be running Android 10. You will be able to pre-order this from Good e-Reader.

The first TCL NXTPAPER tablet will have an 8 inch touchscreen display with a resolution of 1440 x 1080. When compared to traditional e-ink, TCL NXTPAPER has 25% higher contrast for better viewing and when compared to a typical LCD panel, TCL NXTPAPER is up to 36% thinner creating a device that can be much slimmer and lighter. NXTPAPER display technology is also more than 65% more power efficient than a typical LCD, allowing for much better battery efficiency and overall longer device battery life.

The screen has no flickering images and no blue light. The TCL Nxtpaper caught our eye precisely because of its advantages over other display types. TCL says Nxtpaper reuses natural light for full-color reproduction, and that it can producer a 25% higher contrast than e-ink. It’s also 65% more power efficient than LCD meaning devices that use Nxtpaper will last longer on a charge.

“NXTPAPER is a prime example of the Display Greatness philosophy that TCL Mobile has embodied since it launched over a year ago, and showcases how a vertically integrated ecosystem can help produce innovative new products quickly and affordably,” said Stefan Streit, General Manager of Global Marketing for TCL Communication. “This new type of display will directly benefit remote workers and students alike, bringing new features that help encourage productivity, make life easier, and keep our eyes safe.”

The tablet will go on sale this April in Europe, the Middle East, Africa, Latin America, and parts of Asia for $425. There’s no word on a release date in North America.