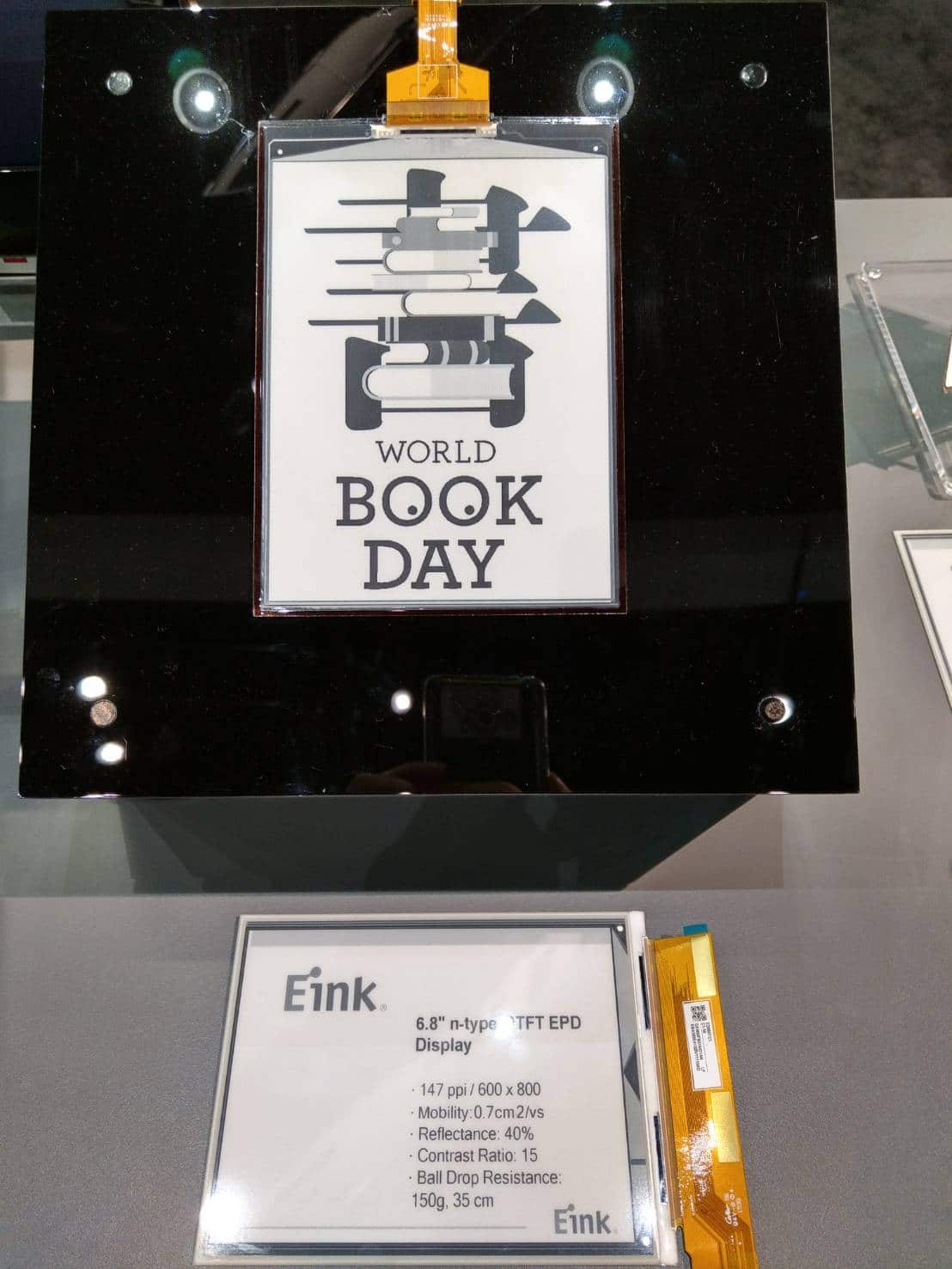 Flexterra and E-Ink have developed a new flexible 6.8 inch e-reader that is in the prototype stage and it should be refined over the course of the next twelve months. Flexterra has developed the backplane for this new device and E Ink the epaper display and internal components.

Based on the Flexterra Flexible TFTTM material, E Ink has worked with Flexterra to successfully develop and scale up the OTFT process and material for mass production in their G2.5 line for EPD applications. The prototype unit comprises of a 6.8 screen with a resolution of 800×600 and 150 PPI. I was told that higher resolutions are possible, but basically it is now proven that OTFT can be used to drive EPD and achieve similar optical performance as a-Si TFT. Furthermore, the flexible OTFT EPD was found to show better impact resistance than a-Si EPD in a ball-drop test based on bare EPD display without additional protection layers.

This is the first time that E-Ink has formed a relationship with Flexterra, who is a leading supplier of specialty materials to the flexible and printed electronics industry. Born out of over ten years of fundamental research in the chemistry and physics of flexible TFTs, Flexterra Flexible TFT™ technology represents a breakthrough which allows the mass production of flexible, robust high quality transistors for a variety of applications such as displays and sensors. Flexterra is an affiliate company of the SAES group which has been supplying advanced functional materials to the consumer electronics and display industries for over 70 years.