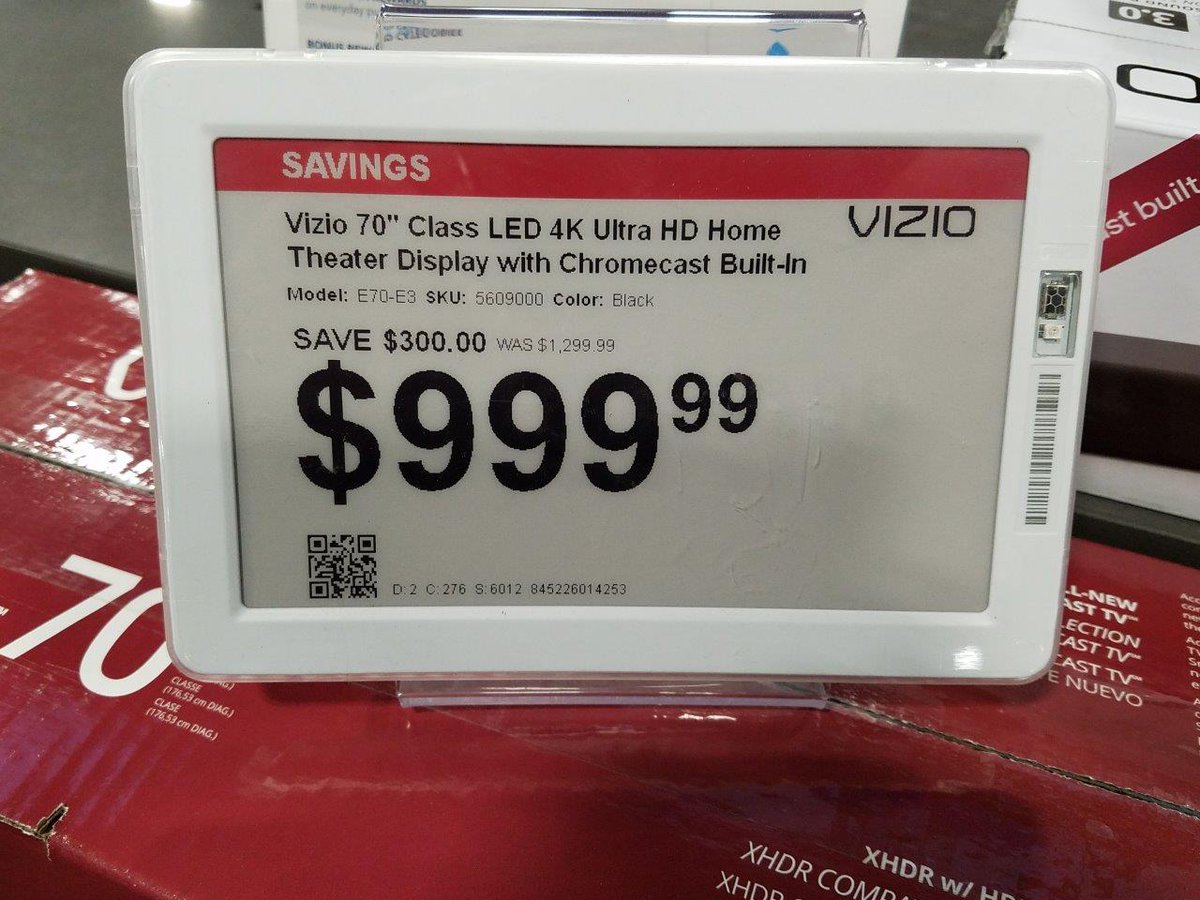 Best Buy is getting bullish about changing their price tags from paper to digital. The company has just signed a deal to outfit 119 stores in the United States with E INK based ESL and spent $13 million to make it happen. Deliveries under this order are scheduled to begin during the second quarter of 2021 and be completed before the end of 2021. This is not the first time Best Buy has implemented ESL in their stores. In December 2019 and February 2020, Best Buy agreed to equip nearly 680 stores in the U.S. with ESL systems during 2020 at a total value of the deal was $92.5 million. However, a consequence of constraints to operate stores fully due to COVID-19, Best Buy reduced the scope of the project by 150 stores and delay the delivery of 40 stores into 2021.

Who is supplying Best Buy with their E INK labels? The company is Pricer and they are based in Sweden. They started in 1991 and have been involved in the digital signage and ESL space. They work with top retailers, small and large, including grocers, DIY, electronics and specialty stores. So far, Pricer has sold more than 200 million electronic shelf labels to 17,000 stores in over 50 countries.

What is the big deal with ESL? The tech shows red, white and black, whereas the typical e-reader just shows white and black. ESL labels are connected up a computer system in the store. Someone can just change the prices and QR codes with a couple of keystrokes. This saves time and energy from having someone remove the old paper price tag and put a new one on, it allows stores to be profitable. If anything, it is nice to see a big box retailer in the States, embrace E INK.