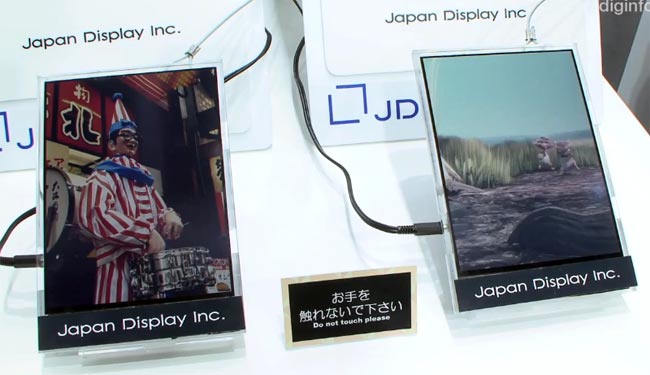 Prototypes for e-paper displays that are capable of rendering color images as well as videos have been popping up from all parts of the globe. The latest to make it to this list is one from Japan, with its makers promising the e-paper is ahead of its genre. It’s a new reflective paper type LCD panel that is capable of reflecting ambient light into our eyes. Of course, traditional paper is based on this principle.

However, what makes the prototype from Japan Display unique is the way it cuts down of battery consumption, which means extended period of usage on a single charge.

“This display is a reflective type, but as it uses liquid crystal, it has electric circuits built in. The circuits can retain signals. This feature is called Memory in Pixels. With a still picture, once the data has been written, it can be retained, so power consumption is extremely low.”

Both the display have the same contrast ratio of 30:1 with the drain on power resources being just 3 mW when showing still pictures.

What we would like to see next from the display is its application on a real life device such as an e-reader or a tablet.