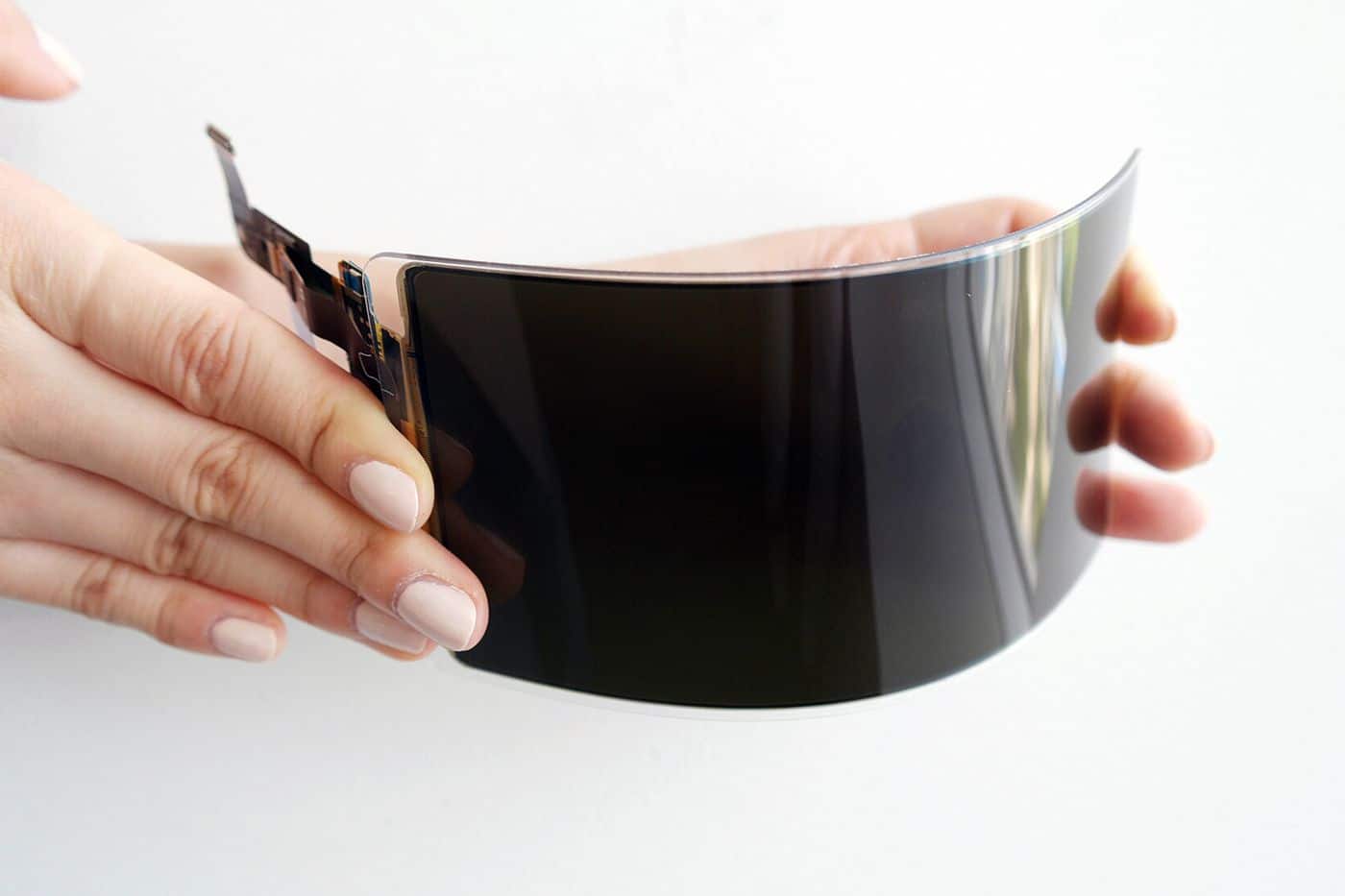 Samsung has developed a new flexible OLED screen with an unbreakable substrate and an overlay window securely adhered to it. Current-generation flexible display products attach a glass-covered window to their display that often breaks when severely impacted. One of the most exciting elements of this new screen tech is that the transparent plastic cover is already attached, emulating the properties of glass but retaining the screen’s innate flexibility.

The Samsung Flexible OLED has just been certified by UL (formerly known as Underwriters Laboratories) for its durability. The process to get certified involved military style tests, such as 26 successive drops from a height of 1.2 meters as well as extreme temperatures as high as 71 degrees Celsius (159.8°F) and as low as -32 degrees Celsius (-25.6°F). The OLED display continued to function normally with no damage to its front, sides, or edges.

There is no estimated date when this screen will be available for mass production and no companies have signed on to use it yet. It might be cheaper to use this screen instead of a normal OLED display with Gorilla Glass.