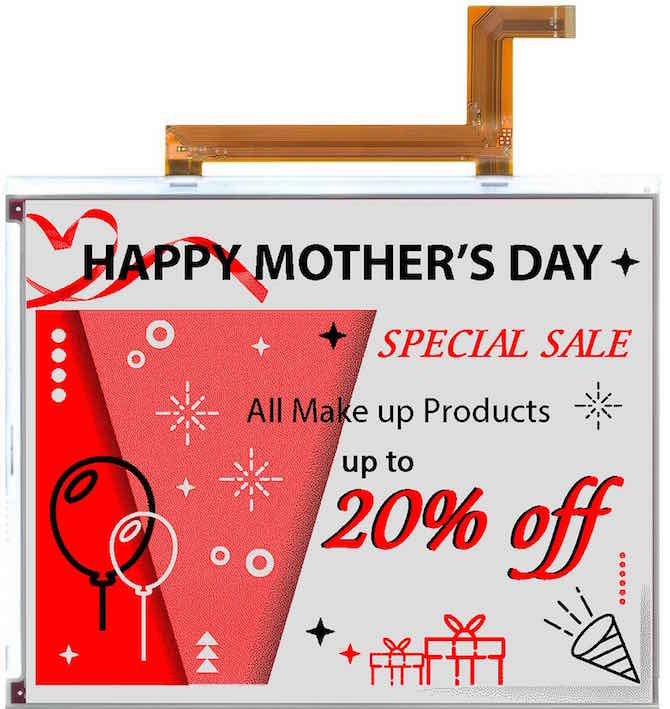 Pervasive Displays has just released a brand new 12 inch color e-paper display that can be used for an e-reader. It utilizes E Ink Spectra to show black, white and red colors. The resolution is 960 x 768 with 103 DPI. As a bistable display, the EPD module requires very little power to update an image and can maintain an image without power, which means the battery will last for months.

Although this device can be used eventually in an e-reader it is billed as a solution for ESL (electronic shelf labeling), Point of Sale, office automation, and healthcare market applications. “These new 12-inch EPDs bring the clarity and impact of e-paper displays to a stunning new, larger format,” said Scott Soong, CEO of Pervasive Displays. “With sunlight-readability, they’re well suited to transportation, public information, and other markets where high visibility is valued.”

The highly integrated E2B98FS081 incorporates many features onboard which help reduce development time as well as cut BOM costs. Whereas many other EPDs rely on external timing controllers, the E2B98FS081 integrates a Chip-on-Glass timing controller on the display itself, along with a booster circuit to reduce the need for external components.