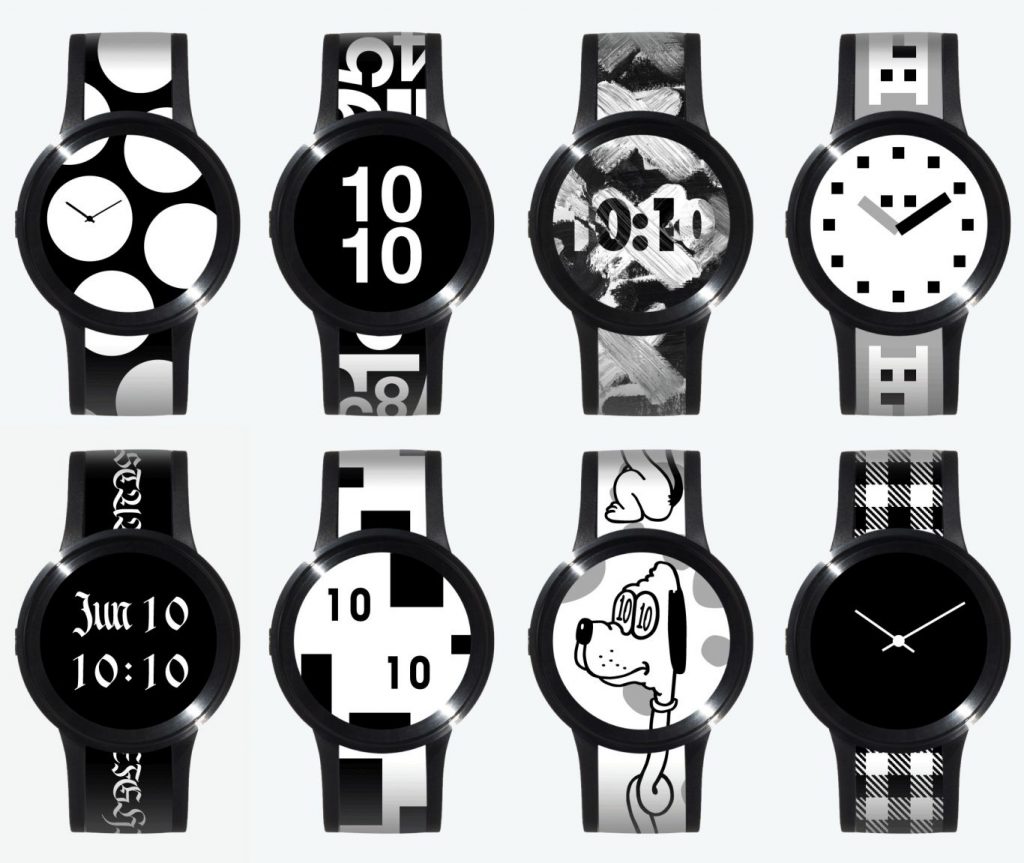 The second generation Sony FES Watch has just launched in Japan for $445 and it features a circular E-Ink display as well as a wristband covered by an E-Ink panel, which means that the graphics shown on both the watch face and the wristband can be changed and customized through a dedicated smartphone application called FES Closet. Sony has stated that every month new imagery will be released by professional artists, but users can also design their own content or import pictures.

The FES Watch U is waterproof with an IPX5/IPX7 rating, it features Bluetooth 4.1 LE (Low Energy) connectivity, and it can connect to smartphones running Android 5.0 Lollipop or higher, and iPhones running iOS 9 or above. The device is powered by an on-board Li-Ion battery promising 2-3 weeks of battery life, and the unit can be fully recharged wirelessly using the official cradle in around 2.5 hours.

I think there is something really compelling about this new watch. A single charge will last for months, whereas the Apple Watch needs to be recharged every day.