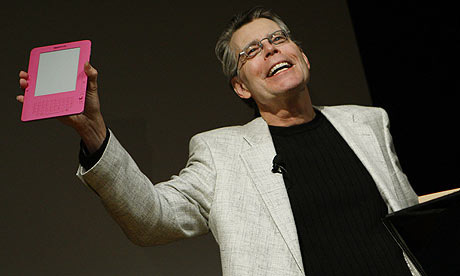 Amazon will soon be ushering in a new program that will allow Kindle users to share their eooks with other people for 14 days. This program is similar to the Barnes and Noble Nook “Lendme” feature.

If you have purchased an ebook, magazine, or newspaper you will soon be allowed to share these with other Kindle users for a duration of 14 days. Likely when you share a book with another person, you would need to know their email address that they use for Amazon and has their Kindle synced to it. As well, presumably the ebook will disappear from your Kindle during the duration of the lending function. This makes the most sense, as that is what the “Lendme” program does, and prevents people from sharing the same book with tons of different people at the same time.

All versions of the Kindle will have this function, such as the Kindle 2, Kindle Graphite WIFI/3G and the Kindle DX.

Many people have been awaiting this feature for a long time and will sway people’s buying decisions on an e-reader device to the Kindle for this feature alone.