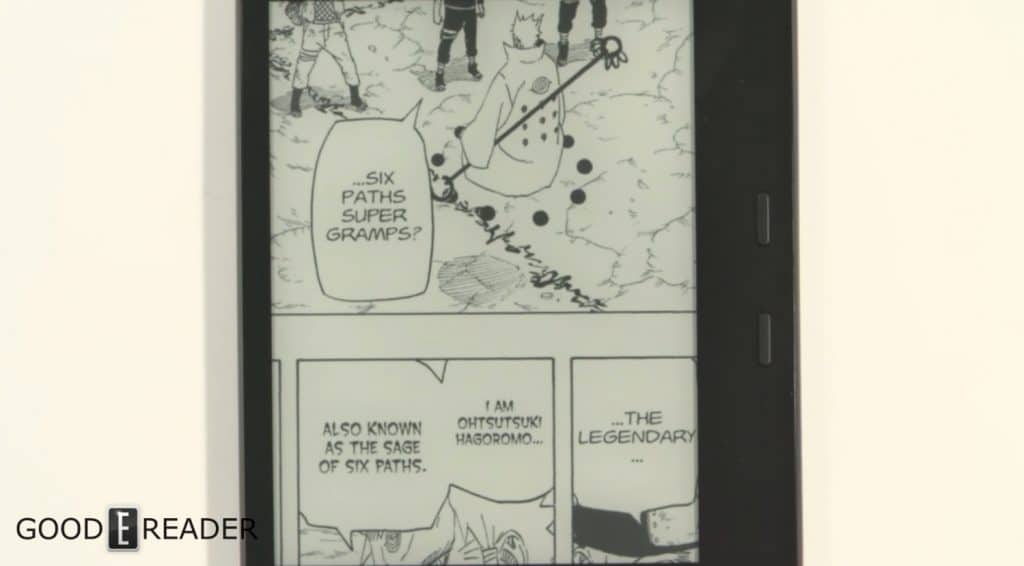 The second generation Amazon Kindle Oasis has a larger screen than most other Kindles and this makes it a fairly effective device to read digital manga. Overall it does a great job with pinching and zooming to isolate specific frames but it lacks Guided View, which it does with comics and also the rapid page turn engine that the Kindle Manga Model employs.

The review video of the manga experience gives you a sense on how the Oasis performs in real world conditions. We also show you all of the options and settings that are applicable to manga.