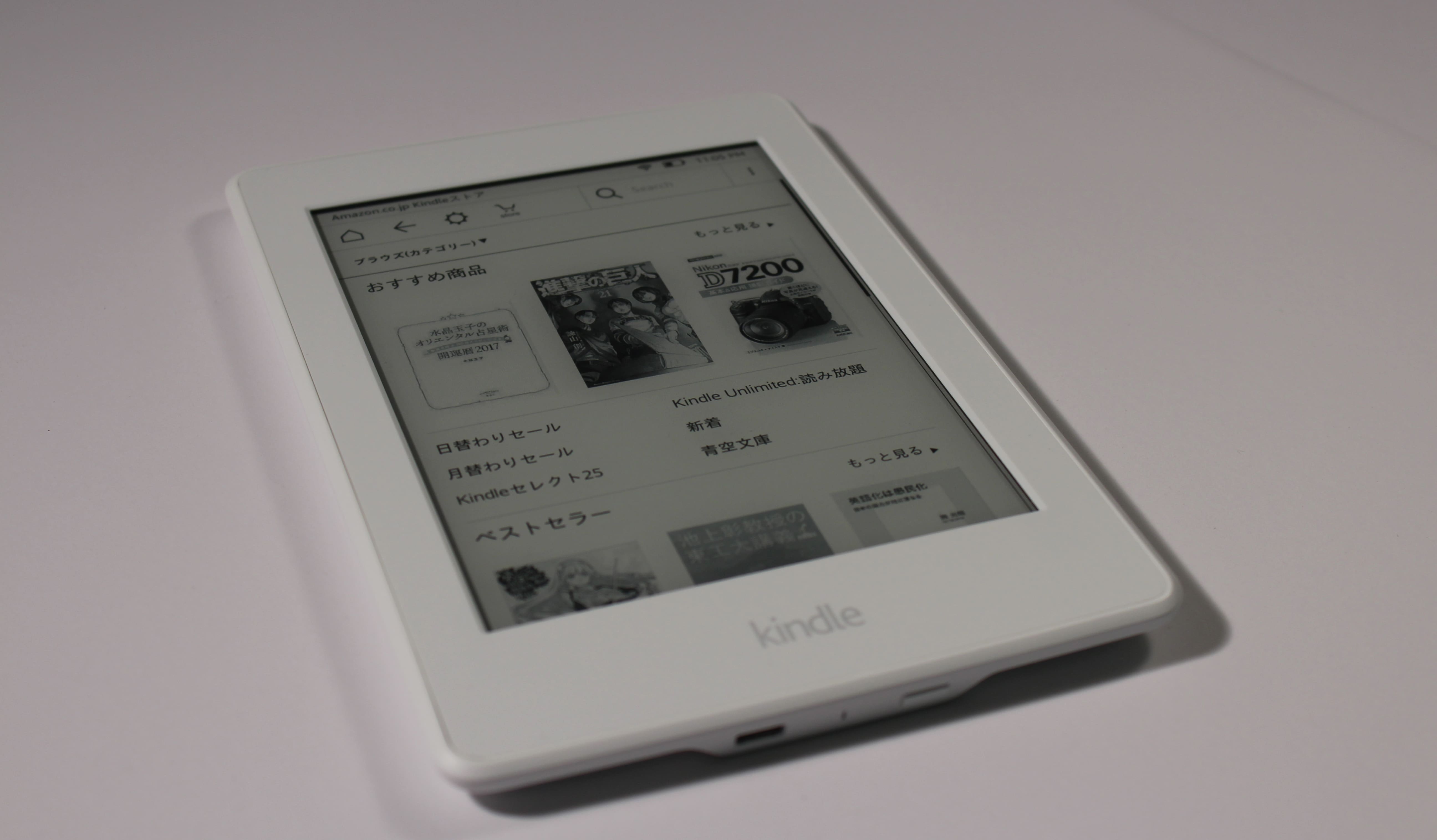 Amazon released a new Kindle e-reader in Japan a few months ago and it was designed to give manga readers the best experience possible. The Kindle Manga Reader features 32 GB of internal memory and a new Ultra-Fast Skimming engine that dramatically enhances the page turn speed when reading manga and e-books. 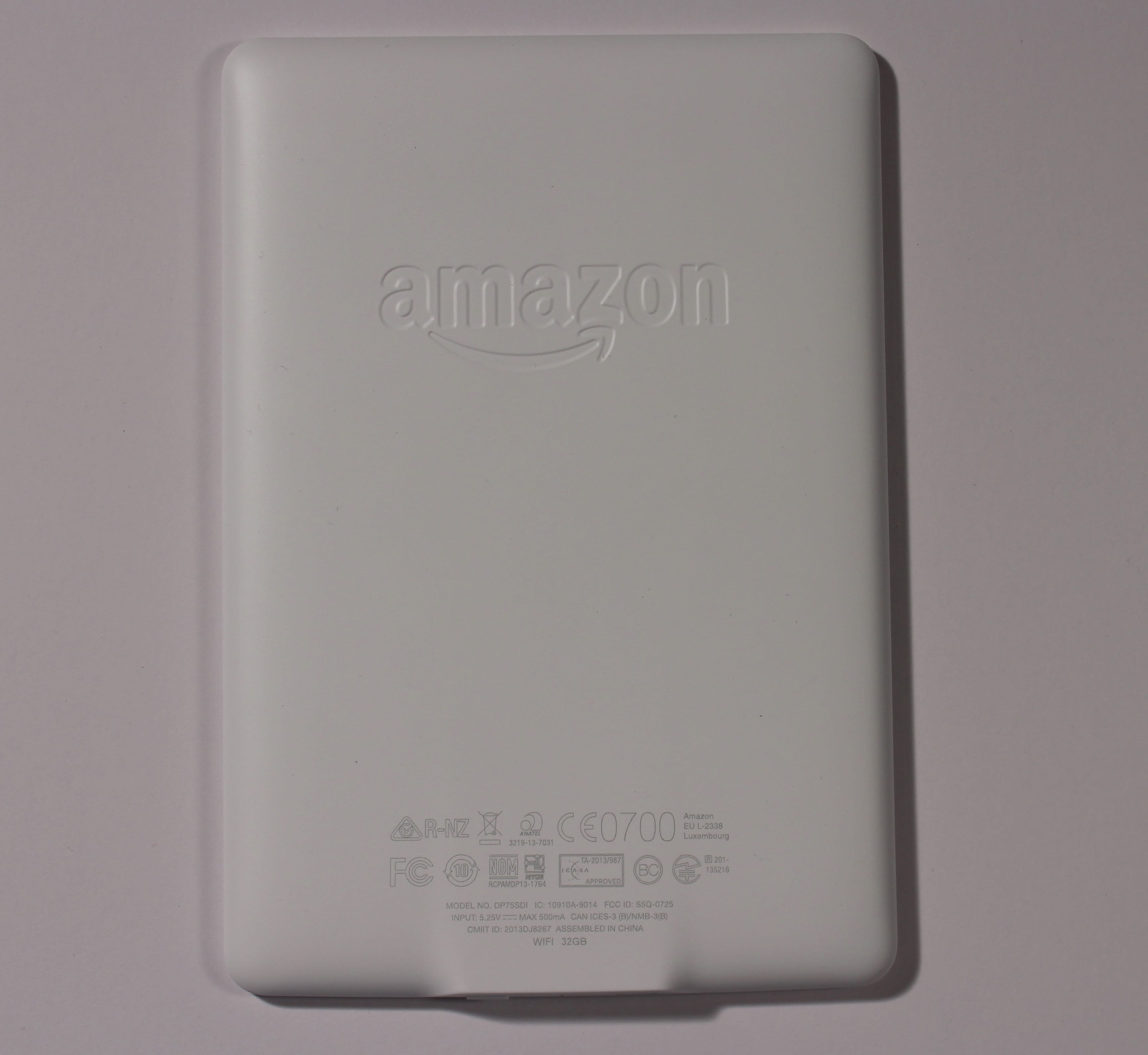 The Amazon Kindle Paperwhite Manga Edition has an e-ink Carta display screen with a resolution of 1430×1080  and 300 PPI.  This device has a sunken screen, whereas the Oasis and Voyage both have flush screens and bezels.   Underneath the hood is a 1GHZ processor and 512MB of RAM. There is 32GB of internal storage, which will hold over 700 volumes. Basically you could fit every issue of Naruto, Asari-chan, and Kochikame on the new Manga Reader.

I think it is important to note that the Manga Reader is not a new e-reader, it is simply the Kindle Paperwhite 3 with specialized firmware and 32GB of internal storage.  It is available in two different colors, black and white. It costs around $180 US dollars when we purchased it while on a trip to Japan. 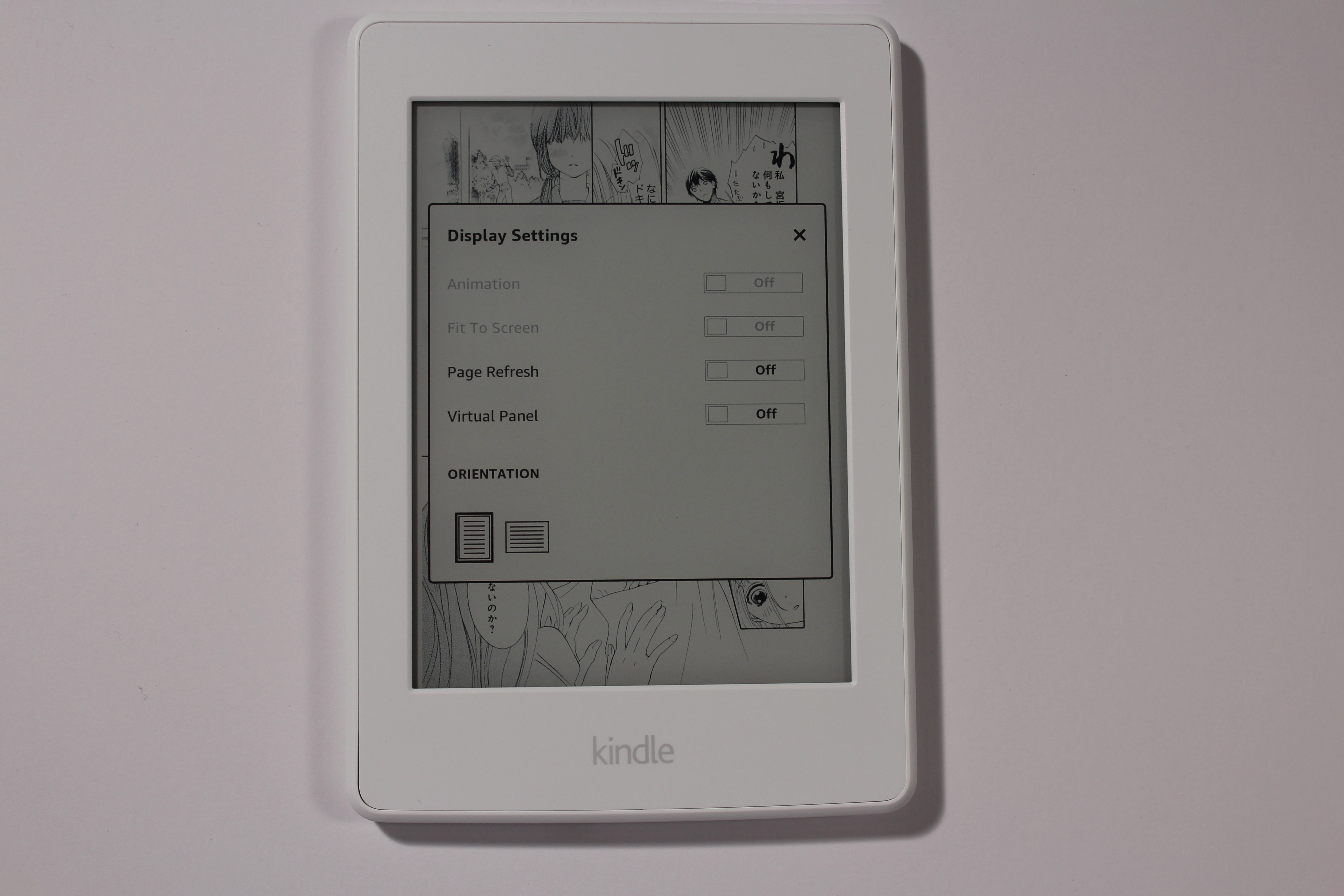 The Kindle Manga Reader has a new enhancement called Ultra-Fast Skimming. It will give users 33% faster single page turns, delivering a fast-paced, immersive reading experience that manga lovers are looking for. Also, by simply tapping and holding, readers can now rapidly skim through a manga at seven pages per second to find a specific place in the story, spending less time searching and more time reading.

I found that the page skimming engine is utterly amazing! I have never seen a Kindle turn pages in a manga or an ebook so quickly. When Peter and I filmed the video review for this e-reader we put it head to head with the North American version of the Paperwhite 3, and there was no contest. The Manga Model turned pages in an e-book faster and was more robust.

Amazon has disclosed that they will be pushing out a firmware update sometime in the new year and bringing this new ultra fast rendering engine to other Kindle models. They failed to mention specific e-readers, but at least there is hope that their current lineup will be supported.

There are a couple of new options that are exclusively available on this device. One is called “Virtual Panel” and this feature is very much akin to Comixologies Guided View technology. It isolates panels, so you do not need to pinch and zoom each page if the text or images are too small. Each panel is blown up and fills up the entire six inch screen and whenever you turn a page, there is a small map displayed on the bottom right hand corner. This is designed to help orientate users on where they are in a specific manga page.

One of the big differences with the Japanese Manga Reader is that there is no GoodReads functionality. There is simply a blank space next to the shopping button,  I suppose GoodReads is not yet available in Japan and rather than localize it, they decided just to not even include it. 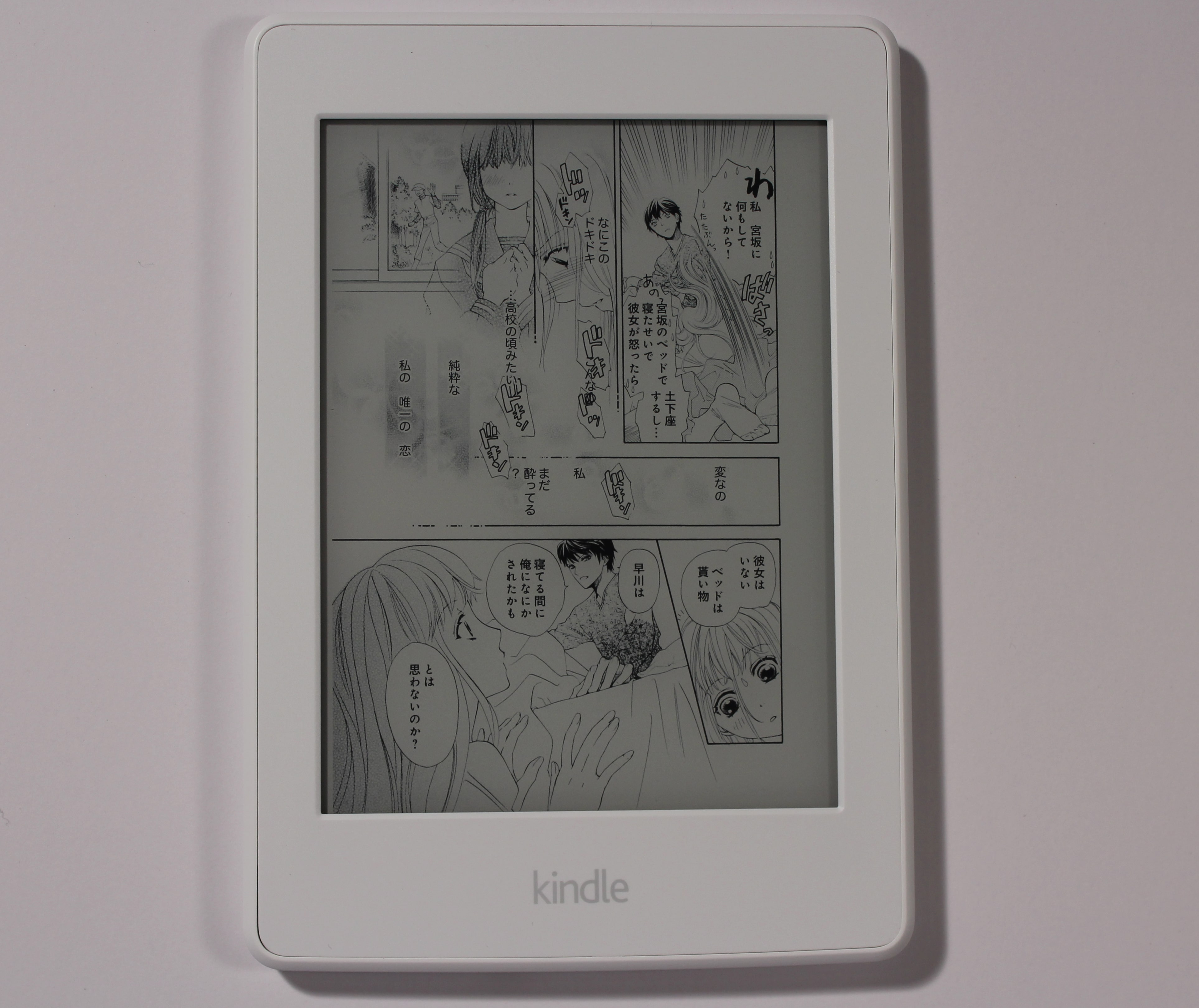 The Kindle Manga Model has left me speechless. I have never seen an e-reader with such amazing page turn speed in both e-books and manga files. Being able to rapidly turn pages in such a quick fashion has never been done before, even A2 mode on some European e-Readers fails to match the speed of the Kindle.

I think it’s important to note that the firmware on the Manga Model is not just application to content you buy from the Japanese version of the Kindle Store. We tested various open source and royalty free content from Amazon from the US store and page turns continued to be lightning quick.

I would love for Amazon to start offering a 32GB version of the Kindle Paperwhite in the North American market or at least offer it as an upgradable option. You can buy the 4GB version for cheap or pay a little bit more for additional storage.

Costs $180 dollars US
Only available in Japan