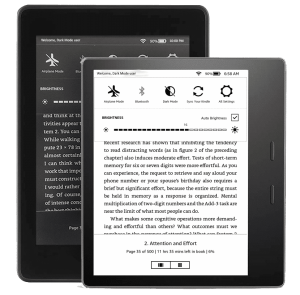 Dark Mode may be all the rage these days though honestly, it does not look or feel right on all devices. For instance, on a laptop, it might seem a bit too clumsy and such. That's not to say the several benefits it offers. One of the biggest positives with Dark Mode is that it is less of a strain on the eyes while reading, particularly at night. Plus, it is less taxing on … END_OF_DOCUMENT_TOKEN_TO_BE_REPLACED 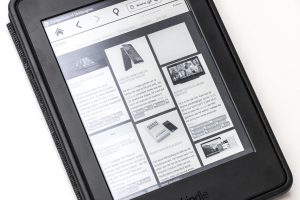 The Amazon Kindle is easily among the very best eBook readers out there. It’s not just about the ease of reading, you will probably never run out of eBooks or other reading material to read on the Kindle. Of course, the Kindle Library has much to do with that given the millions of titles it has to offer, but you almost have unlimited reading material at your disposal given that … END_OF_DOCUMENT_TOKEN_TO_BE_REPLACED 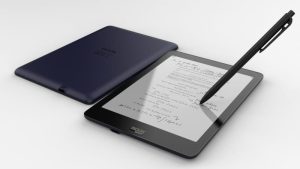 Contrary to to popular belief,  e-readers are subjected to extensive tracking. The pretext might be the same - to make personalized recommendations of books or other reading material - the fact is, all e-reader manufacturers keep a watch on what users are up to with their devices.Apart from what you are reading, other details that the companies would like to know of you … END_OF_DOCUMENT_TOKEN_TO_BE_REPLACED 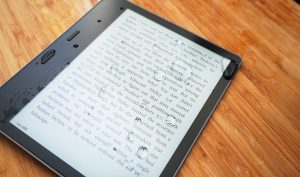 Chances are that you have been gifted a new Kindle e-reader this holiday season. Or maybe you bought it yourself to give vent to your passion for reading. As you might have already known or will soon discover, there simply isn't any dearth of e-books to read on your new Kindle.However, there is more to reading e-books on your Kindle as the device can do much more than that. … END_OF_DOCUMENT_TOKEN_TO_BE_REPLACED 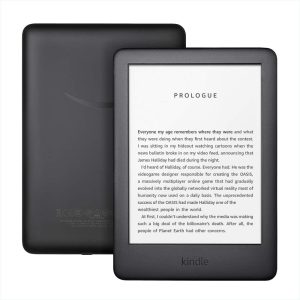 Amazon is having a sale on the entry level Kindle. It is on sale for $59, which is a savings of $30. There hasn't been a steep discount like this since Black Friday. This device has a front-light, but is not waterproof, so no reading in the bathtubs or by the pool. One of the drawbacks is that the resolution is only 167 PPI, so you will not have razor sharp text. There is also … END_OF_DOCUMENT_TOKEN_TO_BE_REPLACED 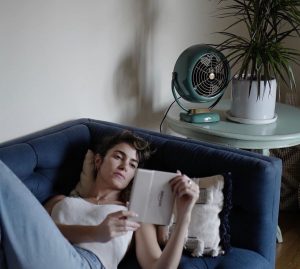 Amazon is in the process of reducing the price of all Kindle ebooks sold in the UK. This is due to the elimination of VAT on digital magazines, newspapers and ebooks. The UK government originally was poised to launch the reduction in December, but have pulled the trigger seven months early, due to the pandemic.Amazon has just rolled out the new pricing on ebooks and … END_OF_DOCUMENT_TOKEN_TO_BE_REPLACED 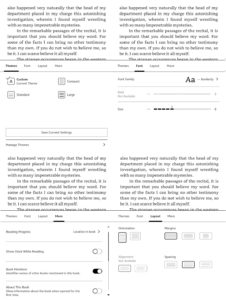 Amazon pushed out a new firmware update in February and said within the next couple of weeks a new Aa menu would be live. This system was delayed due to a number of bugs, but today Amazon has just unveiled the new system to all of the modern Kindles.The new Kindle Aa system gives users more flexibility and control over their reading experience. Basically Amazon just just … END_OF_DOCUMENT_TOKEN_TO_BE_REPLACED 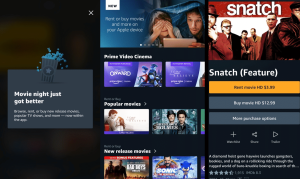 The Amazon Kindle app for iOS, which can be installed on the iPad or iPhone cannot be used to purchase ebooks. Instead, users have to visit the main Amazon website, purchase books and then sync them to the app, not very intuitive. Amazon might end up selling ebooks very soon on iOS, due to a very quiet landmark deal that was signed with Apple.The Amazon Prime Video app … END_OF_DOCUMENT_TOKEN_TO_BE_REPLACED

The Amazon Kindle Oasis is sold out in Canada for the 8GB and 32GB models. The soonest that they can process and deliver the product is tentatively April 5th. There is no Special Offers program in Canada, so this isn't an option. The only model that is available is the 32GB model with 4G/LTE internet access, but it is expensive, around $429.99. Everywhere else in Canada that … END_OF_DOCUMENT_TOKEN_TO_BE_REPLACED

Amazon has just opened up a fully functional store in the Netherlands, where they are selling Kindle e-readers, print books, along with goods and food items. Amazon initially launched a Netherlands store back in 2014, but only sold ebooks and distributed Prime video. Customers who wanted to buy a Kindle, had to get it somewhere else. People who bought Kindle books, and didn't … END_OF_DOCUMENT_TOKEN_TO_BE_REPLACED 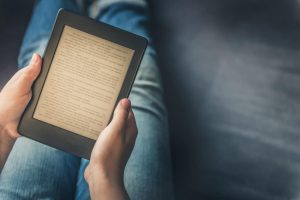 A couple of weeks ago Amazon released a new firmware update that would introduce a slew of new features in the coming weeks. It looks like this file is causing problems for some people who have older Kindles. The library view and home screen have disappeared, the only way to fix this issue is to deregister it or do a complete factory reset, although this option will warrant … END_OF_DOCUMENT_TOKEN_TO_BE_REPLACED