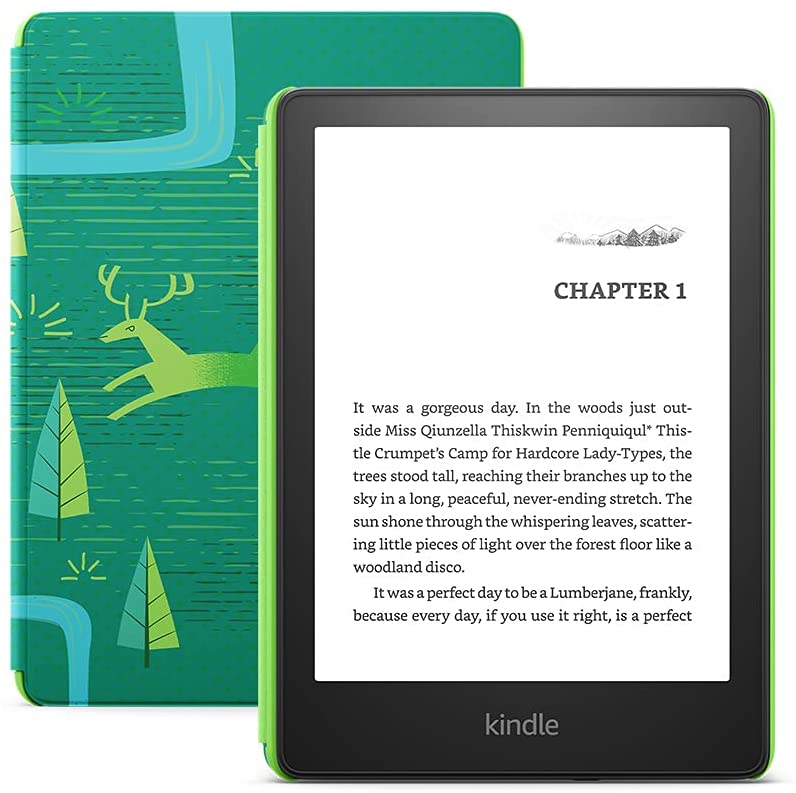 Amazon is having an early Black Friday sale on the 11th Generation Kindle Paperwhite Kids Edition. There is a $45 savings and it is on sale for $114 USD, which is really good. The only difference between the Kids model and the Paperwhite 5, is a number of free features. It comes with a two year warranty, instead of a one year. It also comes with a one year subscription to Amazon Kids+, which includes thousands of books and hundreds of Audible books There is a free case too, with kid friendly imagery on it.

The Amazon Kindle 11th Generation Kids Edition has the exact same specs as the Paperwhite. It features a 6.8 inch E INK Carta 1200 touchscreen display with a resolution of 1236 x 1648 and 300 PPI. There are 17 white and amber LED lights, giving users the ability to get a candlelight effect. The screen is flush with the bezel and is protected by a layer of glass. Underneath the hood is a MT8113 SOC 1 GHZ processor, 512MB of RAM and 8GB of internal storage. You will be able to connect it up to your MAC or PC via USB-C to charge it or to transfer digital content. You can buy and listen to audiobooks from Audible, in select markets, via Bluetooth 5.0. It is powered by a 1700 mAh battery.

As you can see from the specs, it has the exact same screen technology and hardware as the Paperwhite 5, so I would recommend you take advantage of this deal. I don’t really see Amazon discounting their other new e-readers, such as the Signature Edition for Black Friday.