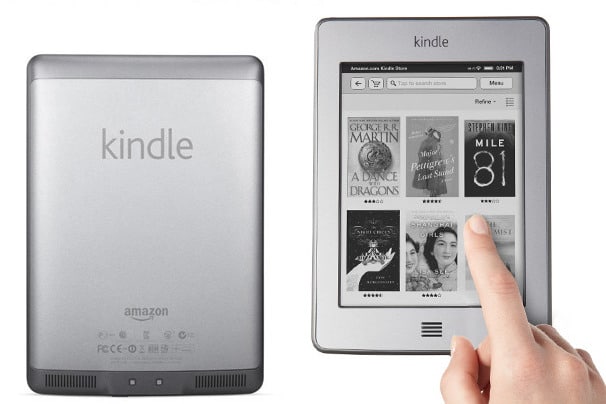 The Amazon Kindle Touch will be hitting the European shores April 28th and it has just received a major update that brings a slew of new features. The new firmware entitled 5.1.0 is available for manual download right now to check out or you can elect to wait for it to be pushed via WIFI in a few weeks.

One of the major elements of this update is that you can finally use it in landscape mode! This has been a major thorn in the side of people who love to read books or browse the internet in different orientations. Like most Kindle models the ability to switch perspectives is purely software driven.

The Kindle Touch will be hitting some major European markets and that means different languages! It will now directly support German, French, Spanish, Italian, and Brazilian Portuguese. If you see a word you don’t understand you can employ the Translate Words and Phrases option! Tap any word or highlight a section to instantly translate into other languages, including Spanish, Japanese, Chinese, French, German, Hindi, Dutch, and Danish. The translations use Bing Translator and require an internet connection.

There has been lots of hype about Kindle Format 8 last year with the ability to display Amazons next generation of eBook formats. This model now has support for this and WIFI has been upgraded to handle PS and select WPA2 Enterprise networks.