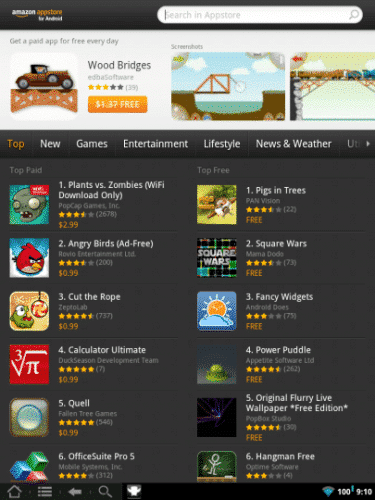 Amazon revised their Appstore in preparation for the Kindle Fire launching next week. The UI received a solid second pass in the graphics department and looks really sharp when browsing on a tablet.

The new UI on the Amazon Android Appstore brings it in line with the user interface found on the Kindle Fire. This means plenty of greys and orange. The store is optimized for the 7 inch screen with a resolution of 1024×600, which is what the Fire runs on.

Amazon announced a few days ago a number of applications that will be bundled with the Fire and we have quotes from many companies getting in on the action. One of the more popular apps bundled in is Netflix, which is not on the appstore yet, but shall be soon.