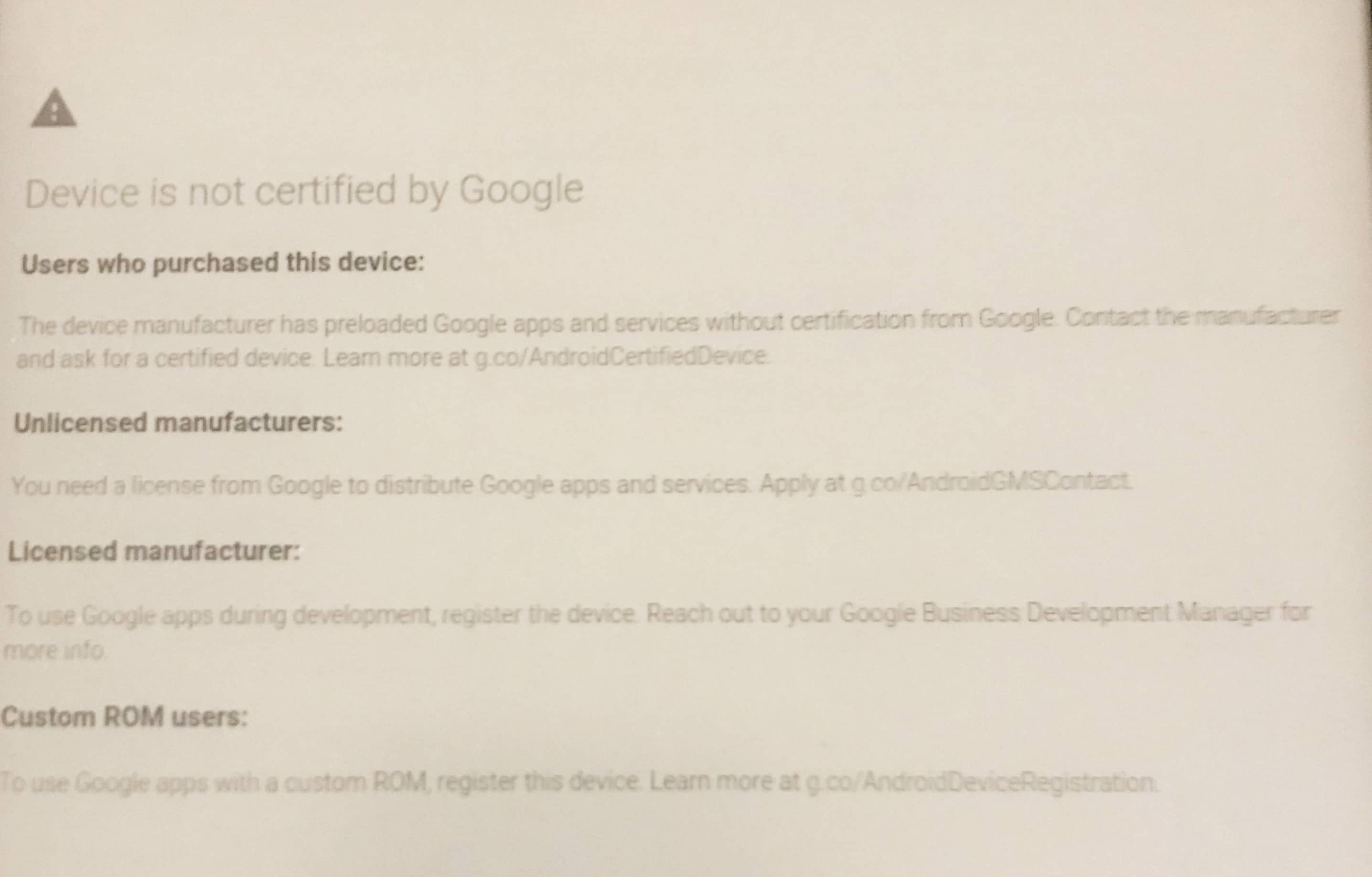 Google implemented a new security policy that is preventing users from accessing the Google Play Store on an Android e-reader. Dozens of popular brands in Asia and Europe do not have an official license for Google Play, instead they just load in the framework and the app store. In the past that was enough, but not anymore. If you have an existing e-reader and you have bound your Google account before March 16th 2018, you are going to be alright. If you have just purchased a new Android e-reader or factory defaulted your existing one, you will no longer be able to access Play.

In a statement Google told Good e-Reader that “Certified Android devices offer users consistent experiences when using apps from Google and the Play Store, as well as various security benefits through Google Play Protect. We acknowledge that some manufacturers are building and selling devices that have not been certified by Google. Please see the website for more details.”

In order for Android e-readers to get officially certified by Google they need to have the device to have CTS or GMS and also requires Android 8.0 for Google Play Protect, which  leverages Google’s built-in malware protection for Android. There are other requirements that e-reader companies will have to incorporate into their hardware, but it’s going to be literary impossible for Boyue, Icarus, Energy Sistem, and other brands to offer Google Play anymore, they will need to hunt around for an alternative app store solution.

Android e-readers have really become popular in the past four years and there are some big brands  that rely on it as their primary selling point. Thousands of users switched to an Android e-reader over a Kindle because they have dozens of purchases on their Google Play account, such as Moon+ Reader PRO and wanted to have it installed and kept up to date on their e-ink device.

E-Reader brands are going to have to figure out what they are going to do about the whole Google Play situation. Their settings menus are heavily skinned and customized, so none of the normal hacks and workarounds are going to work.

In the meantime if you have an Android e-reader and can no longer access Google Play, check out our Good e-Reader App Store for E-Ink. We built this app client to be 100% compatible with all versions of Android and have stripped away most of the superfluous graphics to increase performance.  There are currently over 50,000 apps available and we put a special emphasis on digital reading, we are Good e-Reader after all.

You can download Good e-Reader App Store for E-Ink HERE.