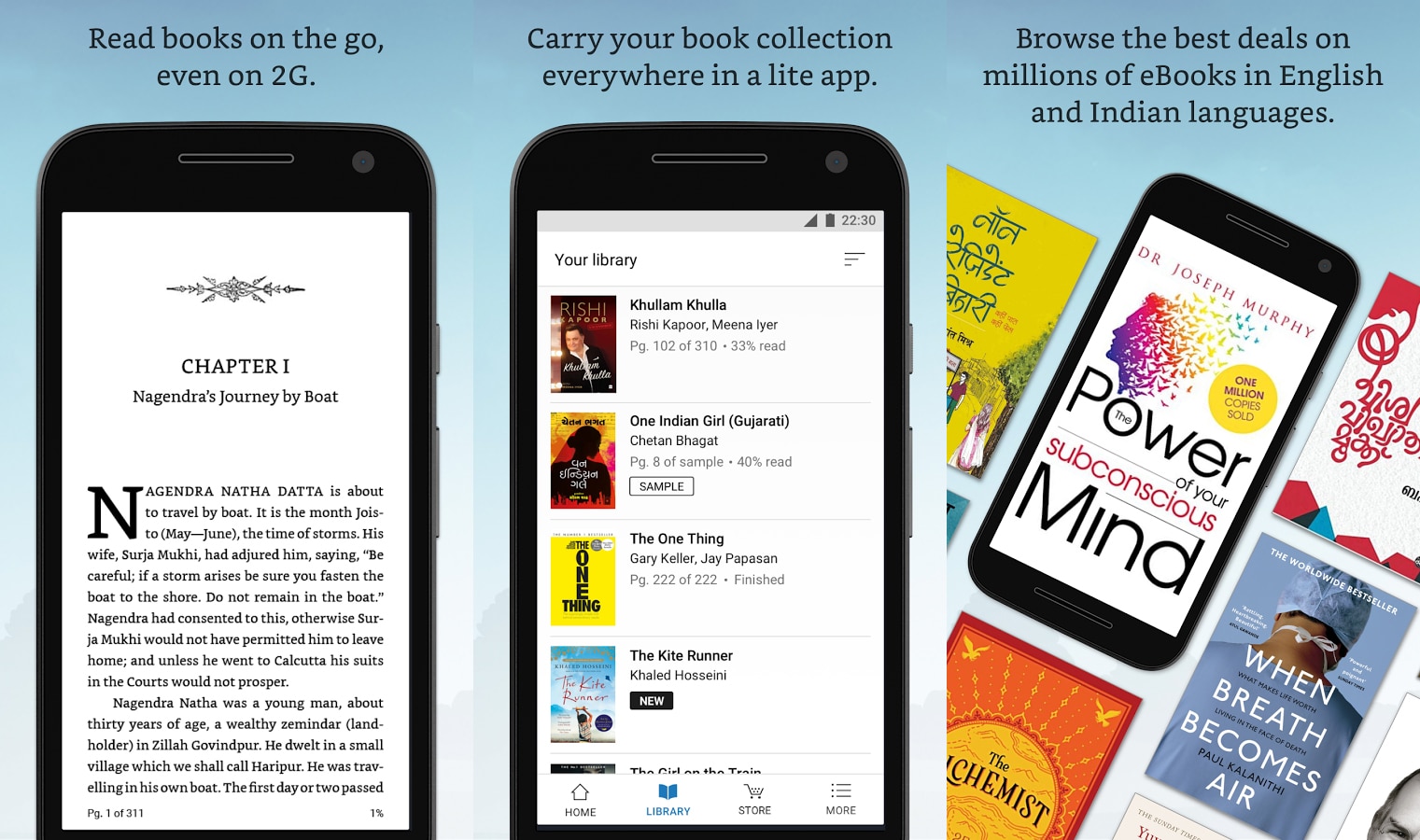 Major companies are releasing a series of Lite and Go apps that are optimized for lower end smartphones and countries with poor internet connection. Amazon released Kindle Lite for this very purpose, and there are Lite versions of Facebook, Spotify, Instagram. There is also a myriad of communication apps such as Skype Lite and Line Line. This is having a really positive impact on e-readers, that run Android and are normally running really outdated versions, such as 4.4. These new apps really provide a better user experience, consume less data and bypass some of the limitations of electronic paper.

One of the biggest trends of 2018 have been lite apps. There is a big race to unlock markets such as India, where 2G internet connections are the norm and people tend to have smartphones with not great hardware. This inspired Amazon to release Kindle Lite back in March. The file size is barely 2MB and the app is consistently receiving updates.  One of the key features is that you can read as the book is being downloaded. There is really minimal interface with little to no complex page turn animations. It also lacks features such as Flashcards, Popular Highlights, X-Ray and Wordwise.

Earlier this year Google Go was released, which is a lightweight search engine, that does not have the same bulk as Chrome. Google Go app is barely 5B and has a Data Usage feature that, once enabled, helps you to load a lighter version of web pages using Google’s Weblight project. Google says that the app is designed to consume 40% less data. Tests on a 3G network found that the app generates search results in a couple of milliseconds. Memory usage is also a key selling point. While the flagship app consumed over 330MB memory on average in three-hour span on our Oreo-running smartphone, the lightweight Go version used merely 32MB in the same time frame and on the same device.

The vast majority of these Go and Lite apps are designed for Android 4.1 and upwards. This means popular models from Boyue, Onyx Boox, Icarus, Good e-Reader are all compatible. If you have a Bluetooth enabled device, Spotify Lite provides a solid experience, there are few animations and all of the pages load quickly.

One of the things I lamented about in the past, was that all of the flagship apps that people use on a daily basis on their smartphones and tablets are incompatible with e-readers. They require a super modern version of Android and most are totally optimized for flagship smartphones. They are designed to look pretty and need lots of memory to function correctly. This is why I am bullish about Lite apps, they really shine on an e-reader and are breathing a second life into a market that most people are ignoring. I just hope that Audible, Barnes and Noble, Comixology, Kobo start considering lite versions of their apps. It would open new markets and be totally optimal for E Ink devices at the same time.