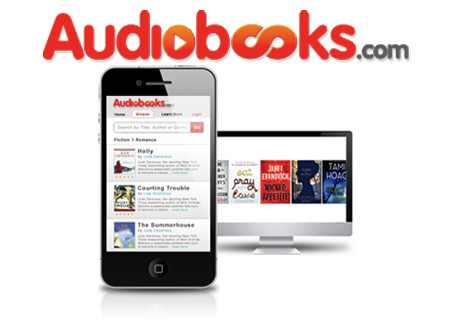 There are so many innovative new startups emerging almost daily that consumers have grown accustomed to watching for the beta launches of new companies and tracking their growth. These beta users provide feedback and vital data that can make or break a new company. Sometimes, as in the case of Pottermore, the beta period is so important to the success of the company that it gets extended and beta access is doled out in tiers to prevent overload; other startups, like Wahooly, can’t keep up with the beta users and crash before they get off the ground.

So when Audiobooks.com launched for full user access on January 24th, consumers were probably prepared for the same state of affairs that many other new sites struggle with in the beginning. Launch day can bring its own headaches in the form of overloaded servers that slow things down, lack of top-list content until they make a name for themselves, even wait times for access. That wasn’t the case for AudioBooks.

Audiobooks, a subscription-based digital lending service, grew out of a well-established player in the field of audiobook lending, SimplyAudioBooks.com. The parent company, formed in 2003, maintains its status as a CD-based mail service in which subscribers borrow hard copies of audiobooks through the mail, much like Netflix in its early days. And just like Netflix, the digital lending service provided by Audiobooks.com grew out from the original company; however, unlike the Netflix/Qwikster debacle of fall 2011, Audiobooks grew to offer a distinctly separate service from the very beginning.

“We have had an existing relationship with publishers for almost ten years now. We’re able to work alongside them because we have those relationships,” said Ian Small in an interview with GoodEReader this week. This explains why Audiobooks was able to launch with more than 11,000 titles available to subscribers, and these are not back list slapped-together recordings. The titles already available in its catalog include best sellers from even the Big Six publishers, and the number of titles is expected to double by the end of this year.

The real clincher for Audiobooks is in the offerings themselves. Not only are the digital editions the exact same audio books that were professionally studio recorded by the publishers to be available on CD, the technology that Audiobooks has brought to the table makes it a gem for fans of audio books.

“It’s a web-based app built through HTML 5 technology, so it can be accessed through the browser on any handheld device in order to listen to audiobooks,” explained Small. “It’s deemed as streaming with an element of progressive downloading that’s built in for areas of low reception, such as the subway or rural areas, so the user can keep listening. We’re getting good data right now post-launch to see how customers are using it versus how much it may be running up their data plans on their handheld devices and we think we have a decent balance right now. We’re also working on a native app for Q2 release which will give you the ability to download a couple of titles in advance and store them in the application to avoid that.” The company also uses cloud-sync technology to allow users to log in on a different device or computer and immediately be taken to where they left off reading.

Audiobooks has felt the sting of the recent debates between publishers and libraries over ebook lending, but was able to fall back on its years-long relationship with publishers through its parent company to demonstrate its trustworthiness.

“We felt a little bit of skepticism from the publishers [as a result of the library lending debates]. People are looking for different ways to consume their information now, but publishers do have an obligation to protect their content without cheapening the brand. We’ve been able to come to an agreement on the publishers’ concerns. “

Audiobooks.com has kept its launch simple, with one flat monthly subscription rate for unlimited audiobooks at a fairly aggressive price point, as opposed to the different levels of fees for amounts of content that other companies have offered in the past. Looking ahead, Audiobooks is already considering some of the educational and academic text applications of audiobooks, for college-level and younger readers.