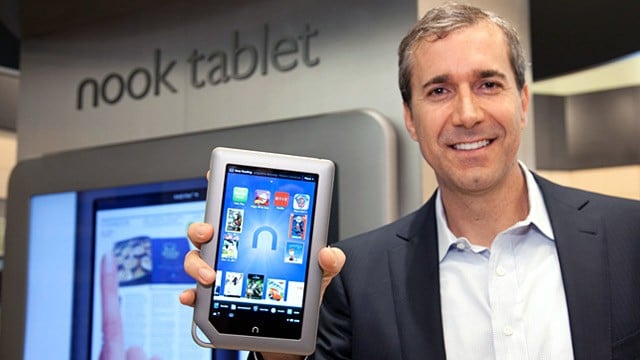 The CEO of Barnes and Noble William Lynch spoke at the Liberty Media Investor Conference in New York today. He gave some very interesting statistics on the success of pre-orders on the new Nook HD line of tablets and some other international news.

The Nook HD and HD+ Tablets were only announced with the last month and already their is huge customer demand in ordering them in advance. Pre-orders for the devices are up over 240% from previous NOOK introductions. B&N also plans on rolling them out  in late October as previously announced.

William Lynch also let the cat out of the bag in terms of the bookstores ambition of expanding across Europe and Canada. He said the NOOK Bookstore will be available in 10 international markets by June 2013, bringing customers in new countries the opportunity to browse, shop and enjoy the company’s massive collection of digital books, magazines, periodicals and more. You can expect the UK as being the launching point to expand to Germany, Spain, France, Netherlands, and tons more!

Finally, he talked about the companies retail strategies in the USA. In addition to nearly 700 Barnes & Noble stores, NOOK products will be available in leading retailers. In the US, the company is aligning with major Amazon competitors, Walmart and Target, both of which are no longer selling Kindle products to their millions of customers. NOOK will have an even greater presence in these retail giants’ stores starting this fall.