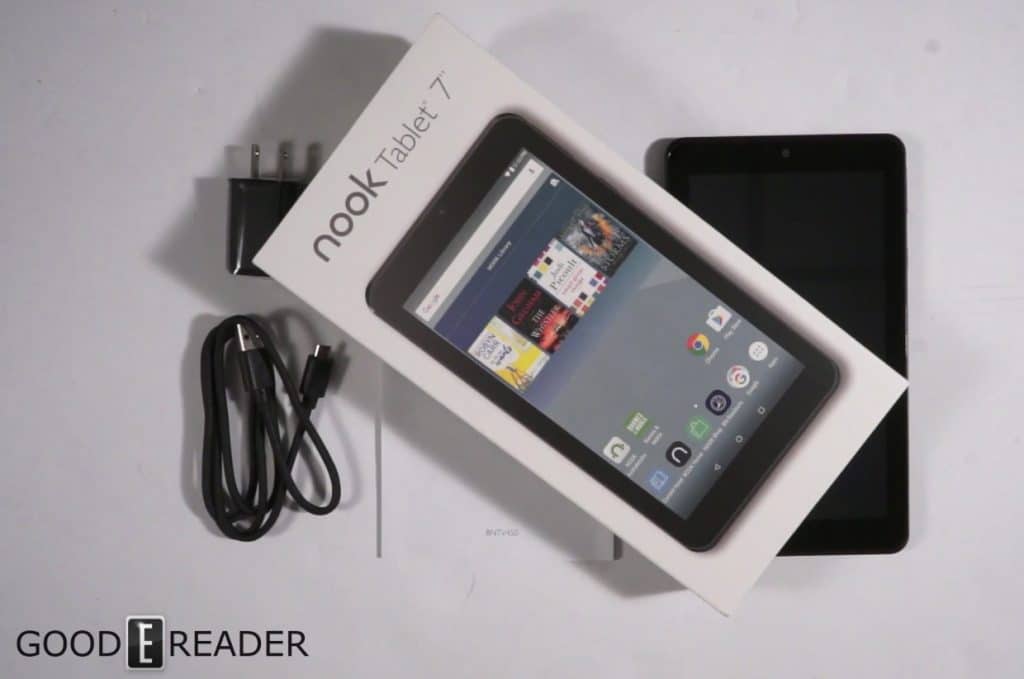 Barnes and Noble released the Nook 7 Tablet in late 2016 and the big selling point is the affordability factor. You can pick one up in any of the booksellers 640 locations in the US for a paltry $49.00. Surprisingly this is not a Samsung branded device, instead B&N and a company in China designed the hardware.

On the software side of things this is running Android 6.0 and has Google Play. You will be able to download over a million apps and games. It also features an enhanced digital bookstore experience with B&N Readouts, which brings the pleasures of bookstore browsing and discovery to the NOOK digital experience, and access to a growing library of NOOK Audiobooks and a huge selection of digital magazines and newspapers through the NOOK Newsstand. NOOK Tablet 7” also supports NOOK Profiles, enabling families to customize up to 6 profiles that turn the tablet into a personalized reading and entertainment center. Parents will appreciate the ease of setting up profiles for their children with lots of relevant kid-friendly NOOK content for them to enjoy, while managing appropriate content and access to the NOOK Store.