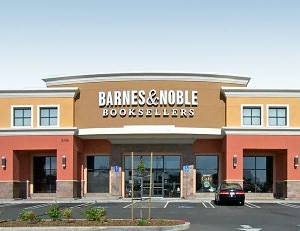 Barnes and Noble has organized their second PubIt event happening at their Anitoch location June 1st 2011.

Barnes and Noble is organizing  events with the PubIt program that invites self-published authors to participate in panels and answer questions. The PubIt program has been a resounding success and recently hit the 11,000 published works milestone and 35 of these are in the top 200 best sellers. The first event was a resounding success with around 50 people appearing to meet H.P. Mallory, author of Toil and Trouble, Fire Burn and Cauldron Bubble, and To Kill a Warlock, calls PubIt!, “an incredible experience…one of the best decisions I ever made.” Mallory’s paranormal romance books have become such a hit that she just signed a three-book deal with a major publishing house.

The event happening in Anitoch which is just outside San Francisco, California will feature speakers Lucy Kevin and Gemma Halliday. They will be in attendance doing a meet and greet with their fans.

Lucy Kevin will be promoting her new eBook Gabrielle which is a modern day spin on the famous story “Gigi” (originally told by Colette), Gabrielle LeGrande knew her grandmother was a famous courtesan in France, many decades ago. But Gabrielle never thought that legacy had anything to do with her or her destiny… until the day her grandmother tells her about the curse that goes into effect on her 18th birthday… a curse that has affected the women in her family, and the choices they must make, for hundreds of years. In Lucy Kevin’s latest novel for teens & adults, Gabrielle, a 17 year old songwriting student at a high school for the arts, suddenly finds herself caught between a good boy, a bad boy, and an ancient curse.

The other author speaking is Gemma Holiday! She has had many jobs before settling into the writing profession. She was a film and television actress, a teddy bear importer, a department store administrator, a preschool teacher, a temporary tattoo artist, and a 900 number psychic, before finally selling her first book, Spying in High Heels, in 2005 and deciding to be a writer. Since then, Gemma has written several mystery novels and been the recipient of numerous awards, including a National Reader’s Choice award and three RITA nominations. She will be promoting her new book Hollywood Confessions and some new projects.

This event is perfect for people wanting to break into the digital self-publishing world and get some sage advice from two women that defied the odds and manged to make some solid income from their literary works. Find the specific location for the store hosting the event HERE.