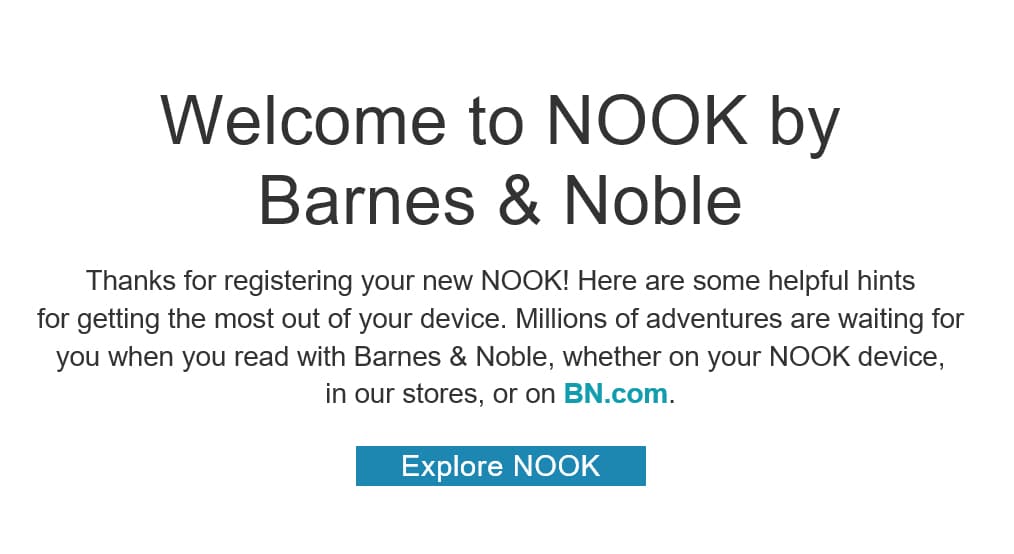 Barnes and Noble has sent out millions of emails to anybody who as an account with them. They thanked everyone for registering your new NOOK and provided some helpful hints for getting the most out of your device. This included some tutorials on customizing fonts and and hyping up their bestsellers lists. The problem is that these emails are sent by mistake and the vast majority of people receiving them had not purchased a Nook recently.

Three hours after sending out millions of emails by mistake, the bookseller followed up and sent everyone more emails. It stated “We wanted to make you aware of a system error we experienced today, which caused you to receive an email thanking you for registering your NOOK Device or Reading App. Please disregard this email. We apologize for any inconvenience this may have caused you.”

I wanted to report on this news because many people thought their account had been hacked and wondered if the new Nook was a Christmas gift.