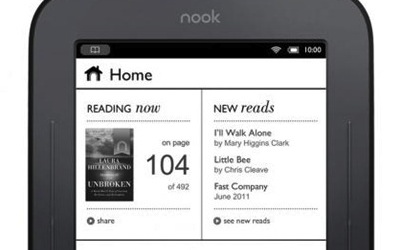 Barnes and Noble released new firmware today for their Simple Touch Reader, which is their 1st full touchscreen device launched earlier this year. The new firmware update serves a number of enhancements, such as expanding battery life and better screen interactivity.

The new firmware update dubbed 1.1.0 breaks new ground in adding new features to the Nook Simple Touch Reader. Word has it the new update allows for a new rendering engine for make text and PDF documents appear in higher resolution. The battery life has also been expanded to last almost two months on a single charge. Page turns and menu functions have been boosted by almost 25% to provide a better experience.

The new update will be pushed to your device via WIFI in the next week. If you’re anything like us and can’t wait, you can simply download and install it manually. Full details can be found HERE.

The video below documents the page turn rate refresh speed on the Nook Simple Touch before and after the Firmware Update, courtesy of Laptopmag.