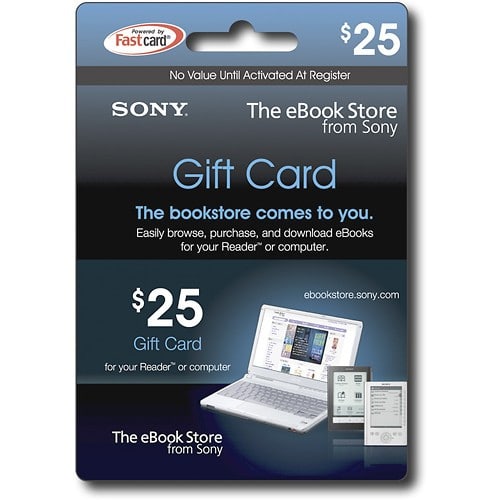 Many big box retailers such as Best Buy and Walmart are continuing to sell Sony eBook Gift Cards, even though Sony closed their online store two years ago. If you were to get one of these cards as a Christmas present they would not work and are completely invalid.

It is very interesting that these cards remain in circulation, even though they are basically useless and refunds are next to impossible because of the high degree of fraud that is normally associated with buying this sort of thing.

Sony was one of the first companies to get into the e-reader industry back in 2006. The also started one of the first online digital bookstores and dominated the e-reader market until early 2012. They saw increased competition from Apple, Amazon, B&N and Kobo. Instead of fighting it out with cheaper book prices and e-readers, they decided just to scrap selling books and focus on tablets and smartphones.