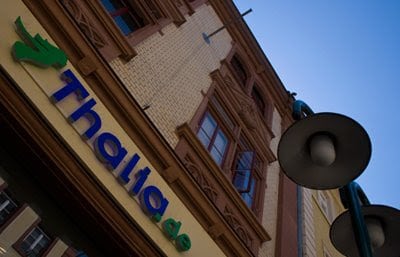 Last week we announced that Bookeen had partnered with Swedish company Adlibris to launch the Adlibris Letto.  Today Bookeen continues their quest of European expansion with a new deal with German book seller Thalia.

Bookeen and Thalia are joining forces to bring the Odyssey e-reader into 300 stores in Germany, Austria, and Switzerland. Not only can you purchase the device in these stores, but the tablet will also tap into the Thalia e-book store. The official launch for the e-reader is due next week.

This announcement further strengthens Bookeens international strategy, which is focused on delivering e-reading devices on a global basis with a Cybook Odyssey solution and a strong content management system. During the previous months Bookeen has already announced partnerships to bring Cybook Odyssey to Virgin Megastore, Cultura, Decitre in France, La Feltrinelli, and the leading bookseller in Italy.