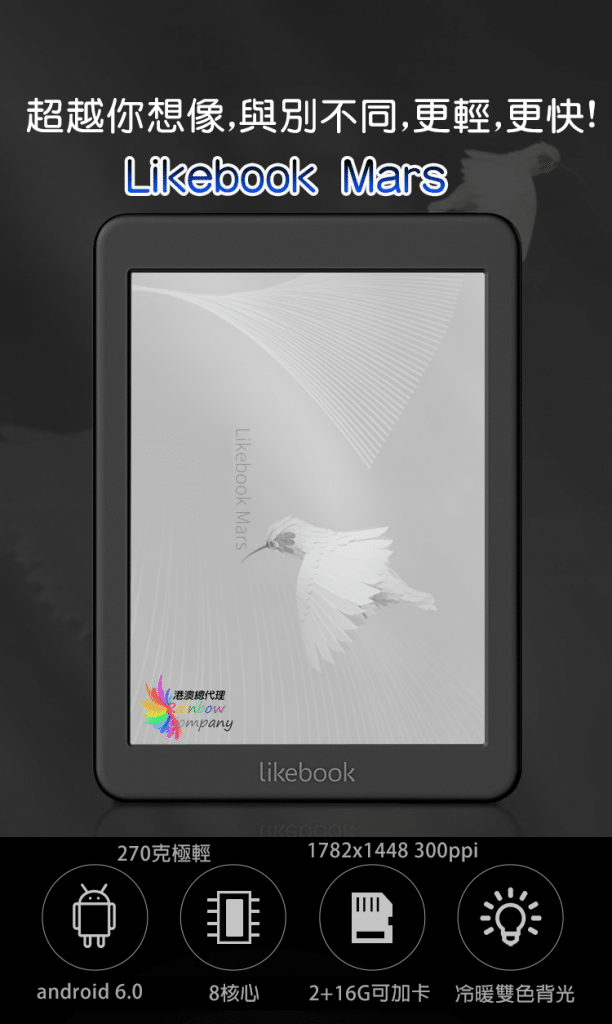 Boyue has just announced the Likebook Mars, which is a huge upgrade over the Likebook Plus. This new device is the first e-reader in the world to use a 8 core CPU, which should provide a very quick and snappy Android experience.

The Likebook Mars features a 7.8 E Ink Carta touchscreen display with a resolution of 1782×1448 and 300 PPI. It has a new color temperature system will will made the screen white and various degrees of blue, which seems to be the trend right now.

Underneath the hood is a 8 core 1.5 GHZ processor with 2GB of RAM and 16GB of internal storage. It will have an SD card, capable of an additional 32GB. It also will have support for Bluetooth, WIFi, 3.5mm headphone jack and is running Android 6.0.

The Likebook Mars is the highest performance e-reader ever produced. It remains to be seen if this will be marketed outside of China, it will cost around $291. Good e-Reader will be conducting an extensive review of this product in the next few weeks.