You are here: Home / Boyue e-Reader News / Boyue Likebook Mimas will be available in a few weeks 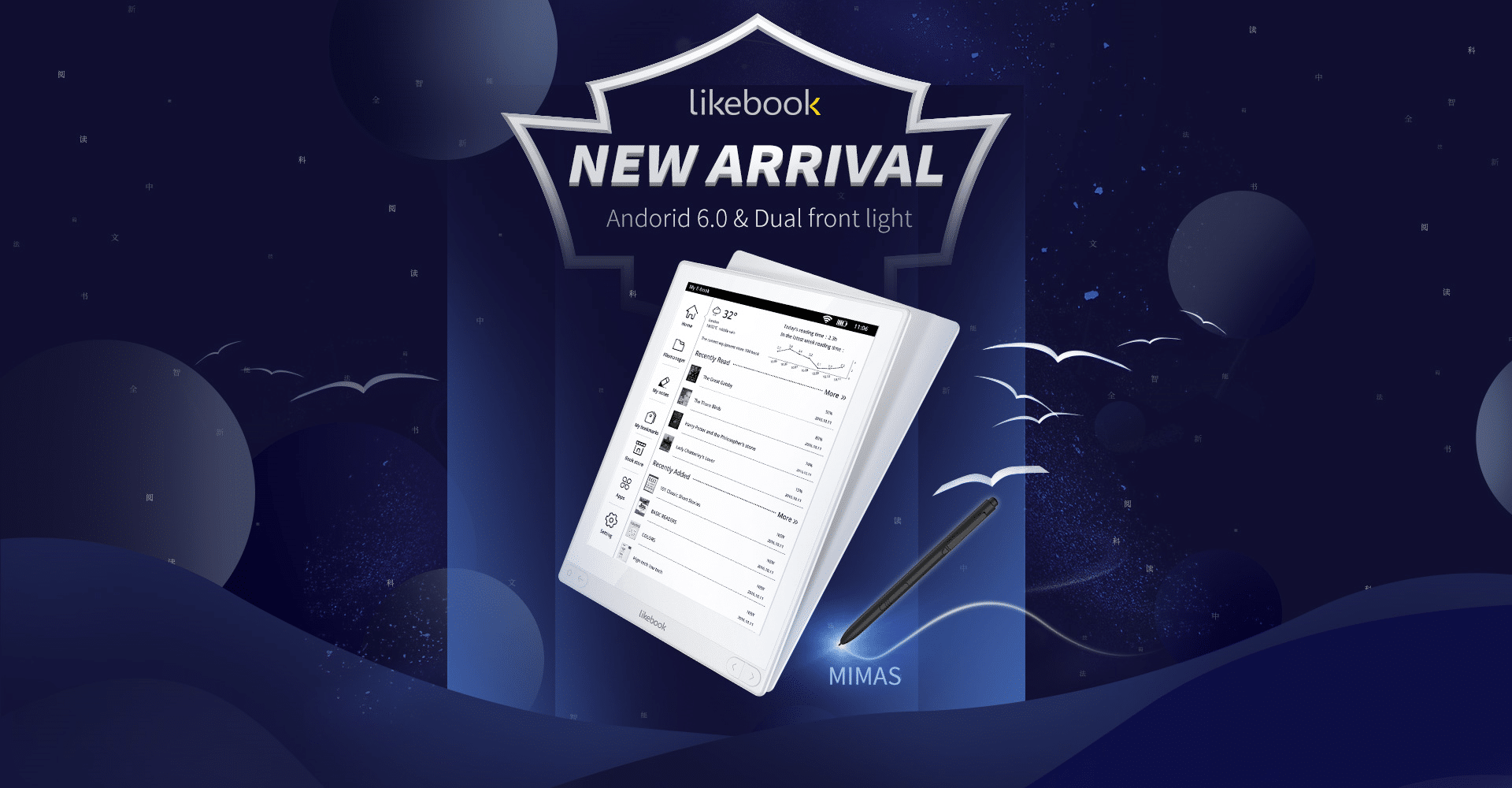 Bouye released the Likebook Mimas in China a little a while ago and the device is locked to Chinese and there are no options to switch it to another language, such as English. Boyue has been fervently developing an English version of the Mimas because they hope they will sell more units than the Likebook Mars.  Boyue has told me that the English version of the Mimas will be available sometime in the next few weeks.

The Boyue Likebook Mimas features a 10.3 inch capacitive touchscreen display with a resolution of 1872×1404. You will be able to read in the dark at night via the front-lit display and it also has a color temperature system. Instead of being black like the Likebook Mars, the Mimas will have a white chassis.

Underneath the hood is a octa-core 1.5ghz processor, 2GB of RAM and 16GB of internal storage. It will have an SD card capable of 128GB of expandable storage. It will be powered by a 4700 mAh battery and have USB-C for charging and transferring of data. The Mimas also has audio functionality via the two speakers on the back, a 3.5mm headphone jack and Bluetooth support for wireless headphones.

The Mimas serves a couple of purposes. It is a digital note taking device and features a WACOM screen and comes with a stylus. You can make notes, annotations, edit PDF files and freehand draw. Alternatively you can kick back with the e-reader software and read a novel. It has manual page turn keys, so you can use the touchscreen or just click on the button. It runs on Android 6.0 and has Google Play, so there will be shortage of apps.

You can pre-order the English version of the Likebook Mimas on the Good e-Reader Store and it will ship out on release day.