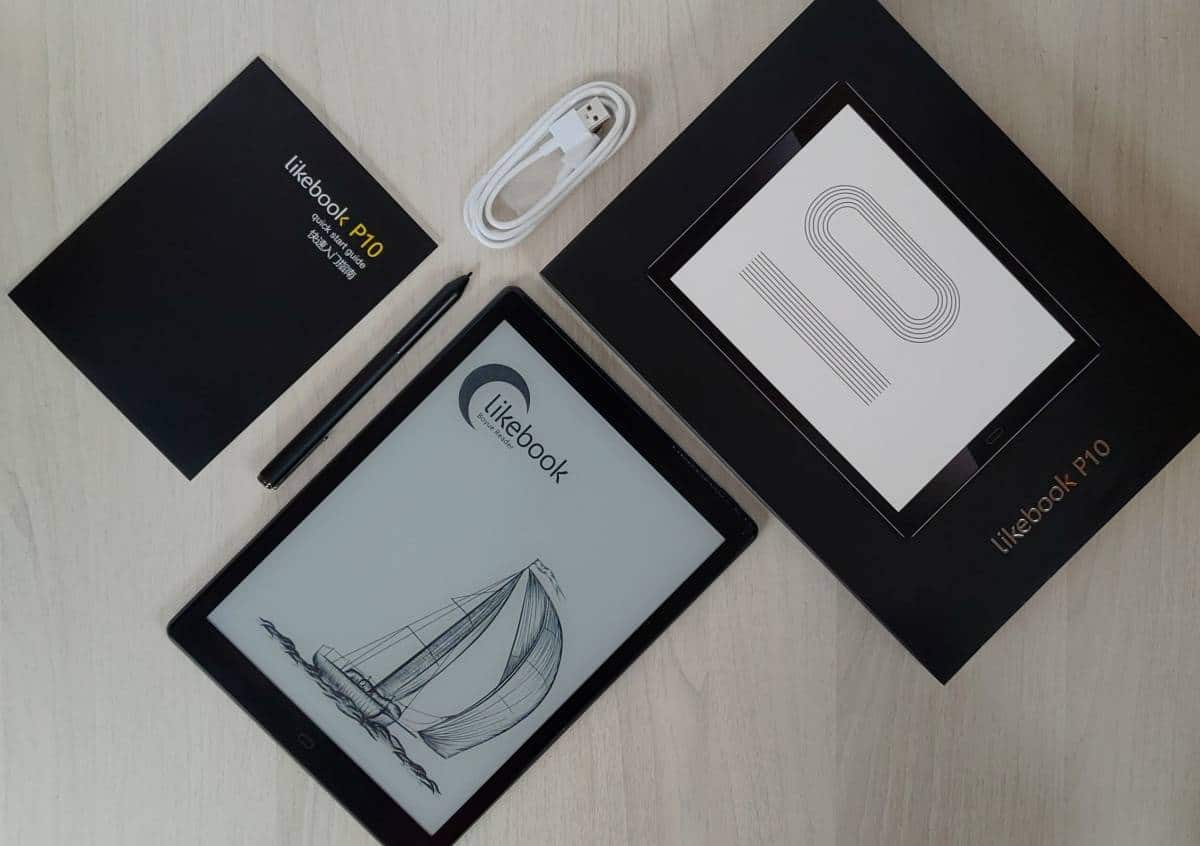 The Boyue P10 is a dedicated e-reader that is using E INK e-paper. This device has a 10 inch screen and 200 PPI, so you will have a great experience reading comics, magazines, manga, newspapers and even ebooks. These days, many people prefer something with Android, so they can install their own apps. The P10 is running Google Android 8.1 and has Google Play right out of the box. Installing all of the previously paid apps and new free ones, is super easy. This product costs $329 USD and comes with a free case and stylus, available on the Good e-Reader Store.

The Likebook P10 features a 10.3 inch capacitive touchscreen display with E INK Carta HD e-paper technology. It has a resolution of 1200×1600 and 200 PPI. It has 28 LED lights, they offer a combination of white and amber, this is used for the front-lit display and color temperature system. The screen is completely flush with the bezel and has a layer of glass. It does not have a WACOM display, which helps cut down on the price. On the back of the P10, there is a blue design, which is perforated, which helps with the grip.

The P10 is not employing a WACOM screen, so most pens will not interact with it. Instead, Boyue is says they are using an their own proprietary active capacitive pen, this is similar to what Sony did with their own stylus for the Digital Paper. The Boyue stylus is not compatible with any other e-readers that I tested. Although it does not currently have pressure sensitivity, it will in a future firmware update. I found this Likebook is not really a digital note taking device, the pen is basically going to be used for some light drawing, to-do-lists, signing your signature on PDF files and similar things.

Underneath the hood is a quad core 1.5 GHZ CPU processor, 2 GB of RAM and 64 GB of internal storage, there is no SD card to enhance the storage further. It has WIFI 2.4GHZ, 5.0GHZ, which is used for browsing the internet or downloading apps. Bluetooth 5.0 will ensure that you can plugin a pair of wireless headphones or earbuds and listen to audiobooks, music, podcasts or TTS e-reading apps. There is a single speaker the bottom, next to the USB-C port. It is powered by a 3,900 mAh battery, which should last a couple of weeks, before a recharge. It has USB-C to recharge the device by plugging it into your computer or a wall outlet. The dimensions are 178x239x8.5 and weighs 458g.

The retail packaging color scheme is black. It has a picture of the e-reader on the front and the model number below. The back of the box lists some of the key features and has a bunch of certifications. When you open the box, the P10 is encased in a static proof bag. It comes with a quick start guide, warranty information and a white USB-C cable. The stylus comes in a plastic packaging and is black.