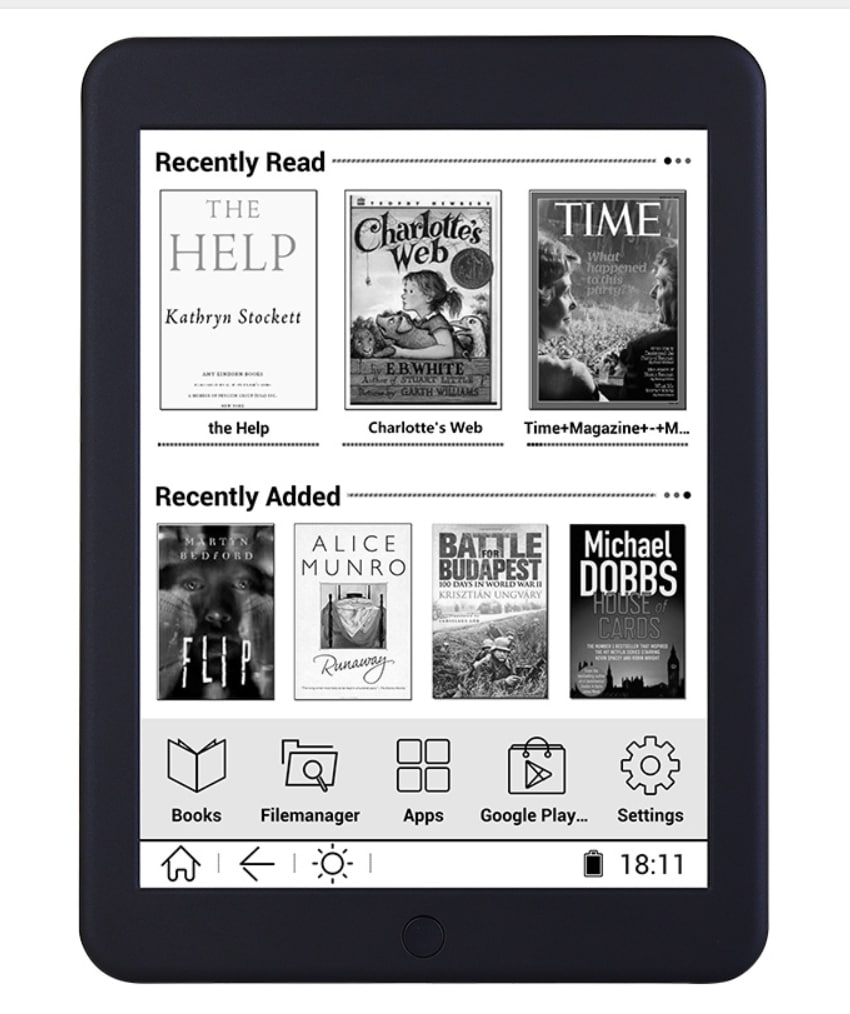 Boyue has just launched the Likebook Plus 7.8 inch Carta Screen e-book Reader with a resolution of 1440 X 1880 with 300 PPI and a backlit screen to read at night. Underneath the hood is a Cortex A9 Quad-Core processor, 1GB of RAM and 16GB of internal storage. This device needs the beefy specs because it is running Google Android 4.2 and has Google Play. You will be able to listen to audiobooks via the Mono speaker on the back or the 3.5mm headphone jack. It has Bluetooth for connecting up accessories. It is for sale on Aliexpress right now for $199 and looks similar to the Icarus XL HD.