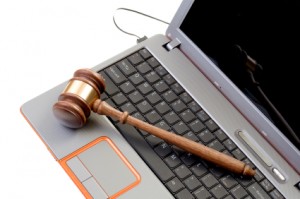 The Writers’ Union of Canada has formed a consensus on digital publishing and issued a forward-thinking document that it calls A Writer’s Bill of Rights for the Digital Age, attempting to ensure the livelihoods of authors in a fast-changing and potentially limitless landscape of technology. The document, which outlines twelve key points to protect the financial and intellectual rights of authors, was distributed to major publishers around the country, so far without response.

Unbeknownst to many writers in other locales, only about 20% of authors in Canada have agents, professionals whose most important function is to protect the interests of their client authors, especially in terms of deciphering publishing contracts. As many writers have been navigating the world of contract law without an agent, it makes sense that the union would feel the need to establish these protocols. In a Q&A interview with Mark Medley of Canada’s National Post, chair of the Writers’ Union Greg Hollingshead spoke about the need to outline these rights.

One of the major points that Hollingshead shared in the interview was the 50% royalty rate on ebooks. At the present time, traditionally published authors still only receive the standard 15% royalty, identical to what they would earn on hardcover sales; the chairman explained the historical rationale for the 15% paid out to authors, which was based on the assumption that the cost of producing the physical book was about 70% of the sales price and the remaining 30% was to be split equally between the author and the publisher. As there is no cost for printing the ebook, the Union feels the original agreement should still apply, meaning the publisher and the author split the net proceeds of digital editions fifty-fifty. Several publishing houses in the U.S. have recently begun offering unheard of royalties on ebook-only titles in an effort to entice authors to attempt a digital-only publishing model as the large portion of the sale price that covers the printing is no longer necessary.

Hollingshead also went on to point out that current copyright law in Canada is in an unstable state of flux, with new legislation on the horizon that could actually be detrimental to writers. In light of that, this Bill of Rights is intended to establish what protections it can for authors and their works. These concerns that have as of yet been ignored by the publishers are precisely why more and more authors in the U.S. and abroad are looking to indie publishing through the existing ebook platforms. As more opportunities and respectability open up for both new and established writers, these rights that the Union are trying to hold on to are already in place through electronic self-publishing.