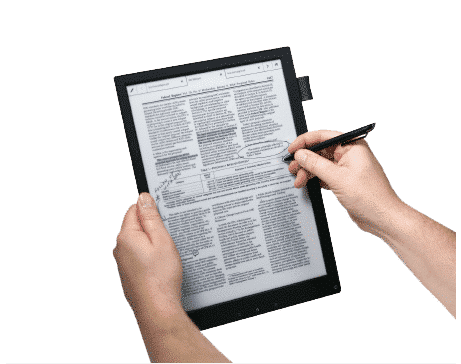 There are only two online retailers that sell the 13.3 inch Sony Digital Paper. CDW is informing people who have recently ordered a DPT-S1 and telling them that the product is discontinued and the company is refunding all orders placed in the last two weeks.

I reached out to Sony’s other retail partner B&H and a sales rep named Adam R told me “We just had training on this from Sony, maybe a month ago. They never mentioned that it was discontinued.”

The fate of the Sony Digital Paper remains uncertain. One retail partner is proclaiming that it is discontinued, while the other has not heard anything official.

I think the DPT-S1 is likely discontinued, since the product is almost two years old. There is a strong likelihood that Sony does not have any stock left to fulfill any orders placed on the CDW website.  B&H is still showing that there are products available, but they have a large stockpile.