Jan 1st is a day worth celebrating. Not only is it New Year’s Day, but it’s also Public Domain Day. This is when copyrights expire, and works are able to enter the public domain; meaning people can access them for free.

This year, the public domain welcomed some big names. The first published works from William Faulker Ernest Hemingway, as well as the first Winnie-the-Pooh book from A.A. Milne, were all let out into the public domain.

What’s even more exciting is that thanks to a 2018 law called the Music Modernization Act, for the first time ever, a new category for Sound Recordings was added to the public domain. Decades of amazing recordings starting from 1922 – a treasure trove of an estimated 400,000 works – are now open for legal use. This includes some big songs such as, Irving Berlin’s Gentlemen Prefer Blondes, and George Gershwin and Ira Gershwin’s Someone To Watch Over Me.

Why is public domain worth celebrating?

When works enter the public domain, they can be shared legally, without permission or a fee.

This is something that would appeal to Hemingway, who was known for not appreciating censorship and being forced to write in the common “genteel form”, aka no curse words. Youth orchestras can perform public domain music publicly, without having to pay a hefty licensing fee. Community theaters can screen films, such as Don Juan, and For Heaven’s Sake for free. Online repositories such as HathiTrust, the Internet Archive, and Google Books can make these creations fully available online. This access helps to give important cultural materials, that might otherwise be lost to history, a second life.

The vast majority of works from the early 20th century are out of circulation, and without the public domain, they could be lost from our futures forever. When works enter the public domain, people can access them and save them from obscurity, thus allowing anyone who wishes to discover, enjoy, and breathe new life into them. 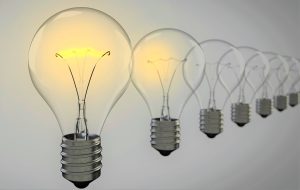 The public domain is a fountainhead for inspiration and new ideas. Copyright is designed to promote creativity, and the public domain plays a central role in doing so. Authors’ rights are important, and copyright laws protect owners and creators by creating a manner for an orderly and fair exchange of ideas.

However, it also ensures that those rights only last for a limited time. When that copyright expires, the works go into the public domain, where future writers can build on the past legacies, legally. This reimagining of stories allows for some of our favorite books to be made into fan fiction, films and adapted into plays and songs.