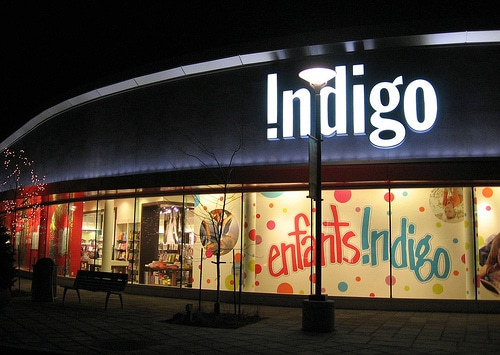 Ever since Amazon made waves in the publishing world that they would begin to make exclusive print books in tangible and digital format, bookstores have been up in arms. This past week has been rocky for the Seattle based online retailer, with Books-A-Million and Barnes and Noble publicly stating that their bookstores will not stock published works by Amazon. Friday, Indigo has announced that in Canada we will not see books stocked by Amazon either.

“In our view Amazon’s actions are not in the long-term interests of the reading public or the publishing and book retailing industry, globally,” Indigo vice-president Janet Eger said in an e-mail, adding, “Indigo Founder and CEO Heather Reisman has congratulated Barnes & Noble for taking a leadership stance on the matter, and offers kudos.”

One has to wonder why all of these companies are jumping on the anti-Amazon bandwagon before hardly any of the books are actually released? This mainly stemmed over the Christmas shopping season when Amazon ran a promotion encouraging customers to scan products they want in physical stores and automatically buy them online at a lower price. This certainly pissed off the bookstore owners, as it encouraged people to not buy anything in the stores that pay high rent and taxes, and then buy the same product from the store’s arch-rival. “By denying Amazon’s authors access to its vast network of consumer stores, Barnes & Noble is sending a signal to future authors, agents and publishers who may now be less tempted to sign such agreements,” the Wall Street Journal wrote.