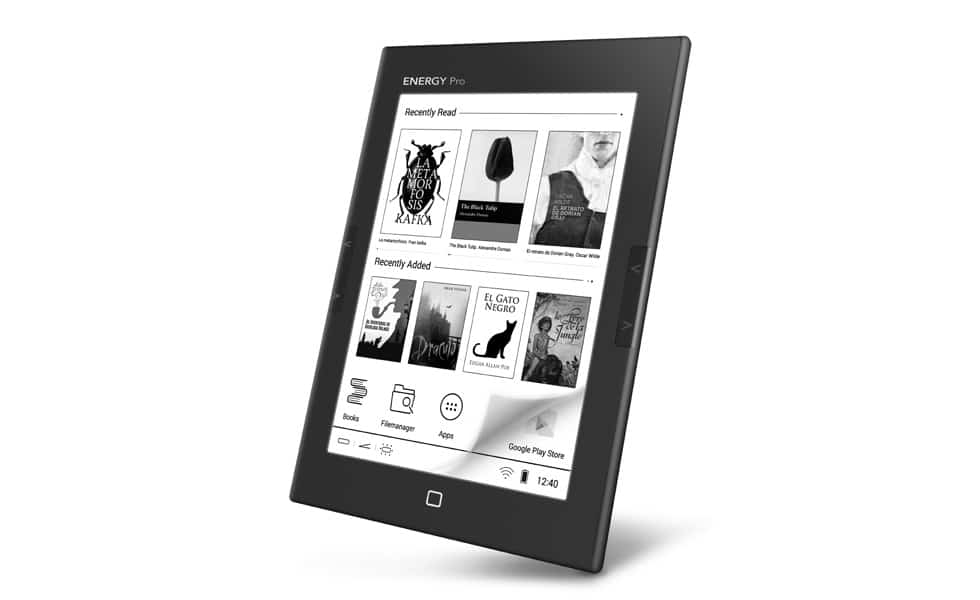 We are running another contest where we giveaway a free e-reader to one lucky person, anywhere in the world. Today we have an Energy Sistem PRO HD, this six inch device features a E-Ink Carta display with a resolution of 1024X768 with 212 PPI. The screen is flush with the bezel and it makes interacting with the touchscreen easier. You can read in the dark via the front-lit display and there are six LED lights that project light upwards. There are various brightness levels that can found by swiping downwards on the main home screen.

You can install all of your favorite apps via Google Play and it is running Android 4.2. You can read our full review, which includes an unboxing and review video.