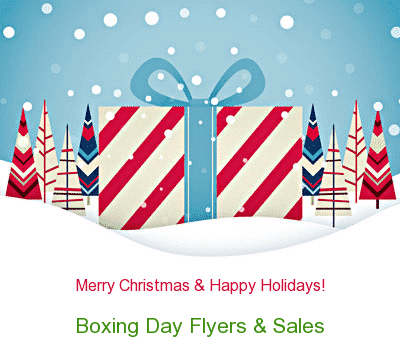 If you did not get that fancy new e-reader under the tree this holiday season, do not despair! Lots of bookstores and merchants are running online and in-store promotions that should give you a big bang for your buck! We will be reporting all day long on the various deals to be had.

Chapters is running a promotion where if you buy the Kobo Arc, they will throw in a Kobo Mini e-Reader for free! This is a normal $80.00 value and any books you purchase on either device will be synced with each other. The Mini makes a great backup reader, or one you can take on vacation. The Arc is retailing at the normal price of $199 for the 16 GB version, while the other models are a bit pricier.

Sony is selling the PRS-T2 e-Reader online today at a great price of $99.99. This is down from the regular price of $139.99. This is a online only deal directly done with Sony. The T2 is a very reliable e-reader that ships with a stylus. You can make notes, highlights, and use other text augmenting features fairly easy. It also has built in Overdrive functionality, to allow you to borrow digital books directly from the library.

Best Buy has a number of e-reader deals that are considered doorbusters. The Sony PRS-T2 is available for $99.99 in all colors. The Kobo Mini is on sale for $79.99 and the original Kobo Vox is available for $119, which is a $75 savings.

Costco doesn’t really have much of an e-reader selection, but is offering the Kobo Glo and Sleepcover for a solid $127.99.

Currently offering the Amazon Kindle 5th generation for $98.00! This is the unit that does not have a touchscreen and needs to be interacted with via the D-Pad. This version is the wi-fi only model, and taps you into a fairly expansive ecosystem of ebooks. The company also offers the Kobo Touch for $88.99 and Kobo Mini e-Reader for $49.99.

The Blackberry Playbook 64 GB wi-fi model is selling for $168.99, which is fairly good. This edition is not the latest one that packs a 4G punch, but has received enough quality firmware updates that it makes it viable. It also has the best HTML5 based browser in the business and the ability to load in Android apps.

You can get 50% off Nook Simple Touch Essentials! This includes SD cards, Book Lights, USB Chargers, and USB cables. The company is also offering select ebooks with a 50% discount and a myriad of other online content. If you subscribe to any newspaper you will get a $5.00 eGift Card, able to be used on anything they sell online.

Not exactly an e-reader, but thanks to Android app support you can load in the Amazon, B&N, Kobo, and other major online bookstores. You can get the 16 GB wi-fi Blackberry Playbook, rapid charger, and convertible keyboard combo for $149.99.

Stay tuned for more updates throughout the day. If you hear about any deals in Canada, US, or the UK, please comment below and we will add them to the list.