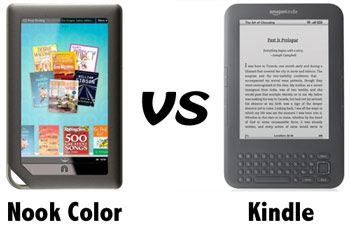 Just as Barnes and Noble today are offering a new WI-FI only version of the Nook for 149.99, and today is now offering their original Nook from $249.00 to $199.00. Amazon struck back today and offered yet another price reduction on its Kindle 2 E-Reader to $189.00

Amazons slashing of the price on the Kindle 2 to $189.00 and the Nook price reduction to $199.00 is making E-Readers more accessible to the masses! With the success of the Kobo E-Reader with an entry level of $150.00, many people opted to the Kobo, because all of the other good e-readers cost in the upper 250.00’s

With many more solid e-readers being available for under $200.00 they are more accessible to people on a budget now then ever before. We see the price reductions as a WIN for the customer who wants more variety of an e-reader for less then $200.00