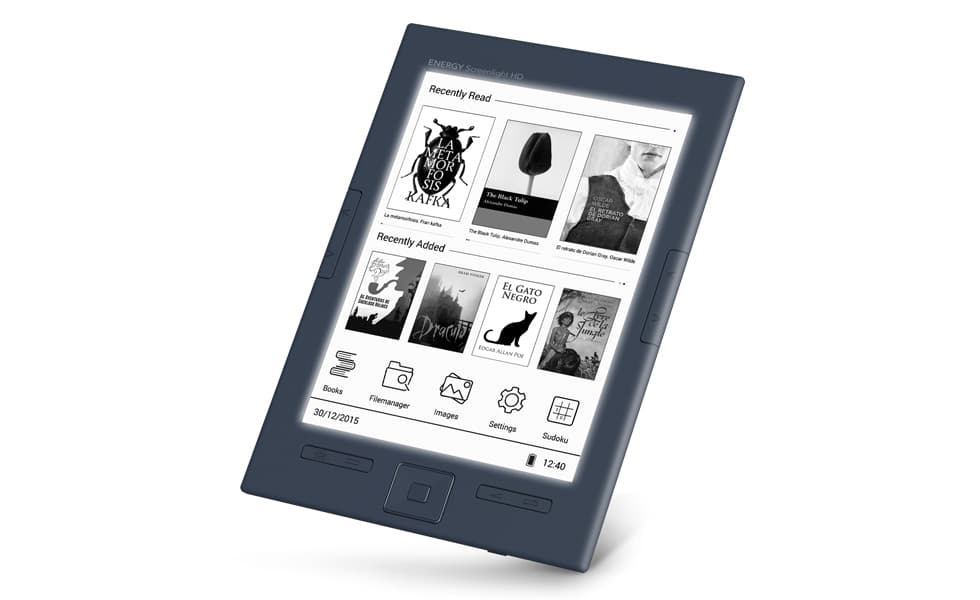 Spanish tech firm Energy Sistem has released a trio of new e-readers last year and their mid-level model is the Screenlight HD. This particular model features a six inch e-Ink Carta display and a resolution of 1024×758 and has a built in light so users can read at night. This is a bare bones reader, it does not have wireless internet access or a touchscreen,  instead you have to navigate around using the D-Pad and page turn buttons.  This e-reader might be appealing to  a number of readers who don’t want any distractions.