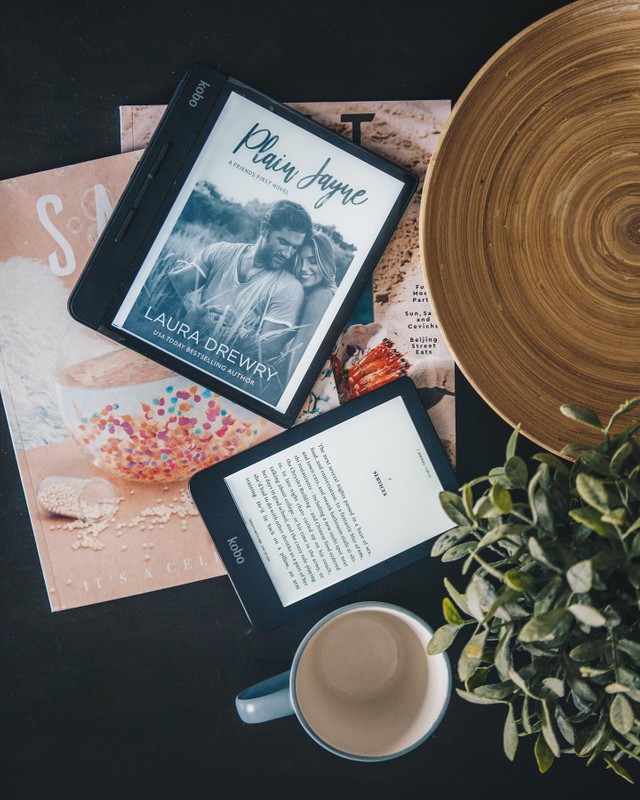 E-Reader technology moves at a snail’s pace and many people are happy with their older devices, because of the lack of innovation. Smartphones constantly see new technologies, such as foldable displays, multiple cameras, OLED screens and better processors. Today, we take a  look at e-reader technology and what the future might hold.

E Ink does not have very much competition in the e-reader space, so constantly devoting hundreds of millions of dollars they do not have into exciting new screen technology is something they are not willing to do. They have spent over $100 million since 2011 refinding their color e-paper and it looks like it is finally ready for prime time. We saw a prototype of their Print-Color e-paper at the Wacom Connected Event in Japan. They told Good e-reader that it will undergo mass production in Q2 2020 and commercial products will be ready in Q3 2020, which is basically the only new screen tech they have developed.

All commercial e-readers are primarily using the same e-paper screen technology, E INK Carta HD. This normally provides a 300 PPI experience on a six inch or seven inch screen. It makes the text razor sharp and page turns fast, it also helps eliminate ghosting from previous E INK panels, such as Pearl, Visplex and even the first gen Carta screens. The entire portfolio of current Kindle devices use Carta HD, and ditto with Kobo, Pocketbook, Barnes and Noble, Tolino, Boyue, SuperNote and others. The Kobo Forma is using Mobius and Carta, and some digital note taking devices are just using Mobius such as the Sony Digital Paper. What is Mobius? It basically makes the screen lighter and basically unbreakable.

The vast majority of e-readers are employing all of the latest and greatest technology that is currently available. Almost all models now have a front-lit display, with LED lights alongside the bottom of the bezel and project light upwards, so it does not directly shine into your eyes. This is great for reading in low-light conditions or in bed. Amber LED lights are the new norm, they provide a candlelight effect, muting the white screen into various degrees of orange. Amazon employed amber LEDS on the new Kindle Oasis, and they will likely implement it on all Kindles issued in 2020.

Early e-readers did not have touchscreens, instead they replied on physical buttons to turn the pages of an ebook. Once touchscreens become the norm around 7 years ago, page turn buttons have more or less disappeared. Some models still employ them, in order to hold the device in one hand and press a  button to turn the page, but it’s the exception and not the norm.

Waterproof technology for e-readers is relatively new and has been undergoing constant refinement. I remember the first Kobo that used it, they had waterproof flaps that covered the USB port and SD card port, so water would not go inside. HZO and other companies involved in the waterproofing sector have made advancements that basically waterproof the ports and the motherboard, so flaps are no longer needed. Almost all commercial grade e-readers are now waterproof.

Some e-readers have audio functionality. The Kindle Basic, Kindle Paperwhite and Kindle Voyage all have Bluetooth and have the ability to connect up to the Audible store to purchase audiobooks or download past purchases. Barnes and Noble has a 3.5mm headphone jack on the 7.8 inch Nook, but only podcasts can be listened to. Pocketbook devices tend to either have a 3.5mm headphone jack, Bluetooth or a USB to 3.5mm headphone jack convertor and users are expected to download and sideload their own audiobooks or music. Onyx Boox and Boyue have Bluetooth and Google Play, so  Spotify, Audible, Overdrive or ther popular apps can be installed and can be listened to with wireless headphones. Kobo currently has no audio functionality, ditto with the Remarkable and Sony Digital Paper.

E-reader processing speeds are one of the things that are holding the technology back. Mainstream e-readers are basically all using Freescale/NXP Solo Lite 1GHZ processors that was originally developed in 2013. The only e-reader to use the  Freescale IMX7 dual core processor, which came out in 2015, is the Kindle Oasis, one of the reasons why it is so expensive. Digital Note taking devices normally forgo Freescale processors and normally go with more generic ones, Onyx has been experimenting with Qualcomm based processors for the MAX 3 and Note 2, which is why their performance is really good.

Internal storage are a contentious issue in the e-reader world. Virtually every major company involved in digital note taking devices or commercial grade e-readers have abandoned the SD card and just have one option available for storage. Amazon and Kobo offer 2 different storage solutions for select e-readers. Some models with USB-C have the ability to connect up an external SD reader, but these are few and far between. Most companies still use SD cards to power the internal storage, but they are normally soldered right onto the motherboard and connect be upgraded. There are no e-readers with a solid state drive, one of the things that hamper performance.

Can e-readers ever get as fast and responsive as tablets? Many people who spend iPad type of money on a higher-grade e-reader expect them to have tablet performance and this is simply not the case. E-readers have specific uses, such as reading ebooks, PDF books. ENotes excel at viewing/editing PDF documents and drawing with a stylus. The reason is limitations of E Ink screen refreshing.

E-ink technology in e-readers works by using tiny microcapsules that are suspended in a liquid placed within a film layer. The microcapsules, which are about the same width as human hair, contain both positively charged white particles and negatively charged black particles. Applying a negative electrical field causes the white particles to come to the surface. Conversely, applying a positive electrical field causes the black particles to come to the surface. By applying different fields at various parts of a screen, e-ink produces a text display.

Screen refreshing over the years has been improved over the years with the advent of waveform controllers. E Ink Regal Waveform Controller is the most popular and  Regal virtually eliminates the need for a full refresh, giving the viewer smoother viewing transitions and prevents ghosting. This enhances the reader’s experience by providing smoother page turns and more focused reading. There are no technical details on how Regal works and this is by design, Regal and the other waveforms on the market are a closely guarded secret that is not shared with anyone, except under an NDA.

You might not have heard the term before but “waveforms” are software based and control the transition from different state changes on the screen. In order to understand how they work, you need to understand what an E Ink screen does and how waveforms effect it.

An E INK display is a fairly weird beast, mainly because of how it works. Basically, the display logic itself consists of a shift register to select a row of pixels, plus a ‘shift register’ you can load with 8 bits at a time to clock in the pixel values for the selected row. This shift register has two bits per pixel, to select if a pixel should go black, go white or stay the same. By shifting display changes like that through all the rows, you can partially or fully replace the image that’s on the screen.

Because the display works with electrophoretic ink particles, it needs a fairly high voltage to attract and repel them. For example, a generic off the shelf e-paper display from Ebay needs +15V and -15V These voltages are switched with two MOSFETs per pixel, and these need a gate voltage that’s more than the positive and negative 15V: on this display, +22 and -20 volts are required. The display also needs a standard 3.3V power rail for its logic, and a display-specific Vcommon voltage of about -1 to -3 volts.

How can e-readers be improved to be faster and more robust? I believe most companies such as Kindle, Kobo and Nook need to all employ Freescale IMX 7 dual core, single core processors are too slow and sluggish. Solid State drives also should be utilized instead of SD cards to improve performance. More RAM would also be a welcome change. Color E-Paper is an absolute game changer and will encourage people to upgrade, but mainstream adoption is still a year or two away.