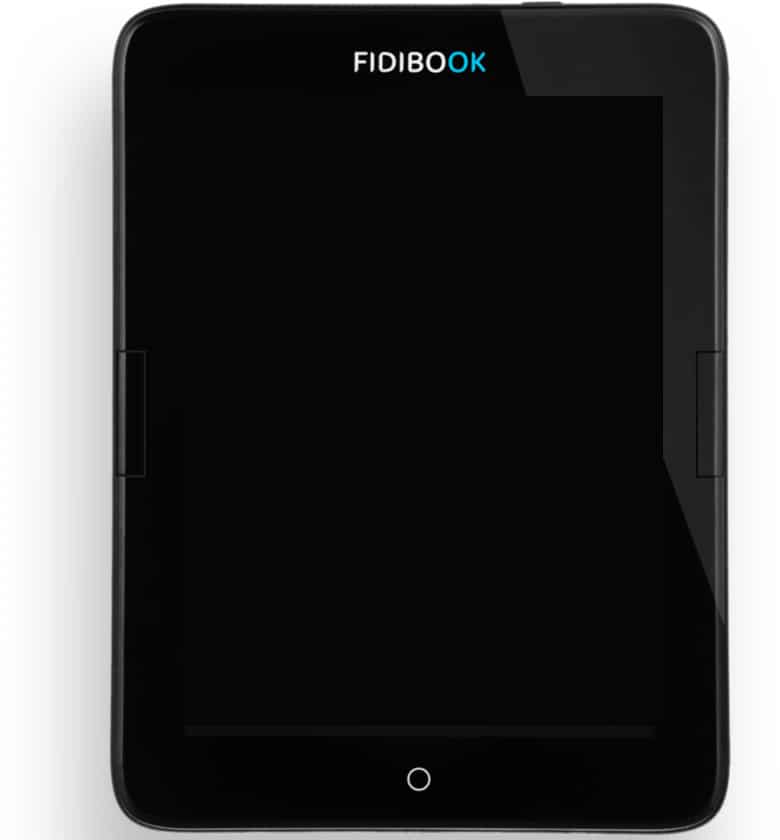 Fidibo has just done something amazing, they have launched a new e-reader and with an integrated bookstore that has been optimized for Persian. This is the first digital reader that has been released by an Iranian company.

The Fidibo Hannah F1 features a six inch e-Ink Carta Capacitive touchscreen display with a resolution of 1024 X 758 and 212 PPI. I really like the fact the screen is completely flush with the bezel, it makes interacting the screen more intuitive. It has a front-lit display to read in the dark and has 6 LED lights. Underneath the hood is a Dual-Core Cortex A9 1.0 GHz processor. It has 512MB of RAM and 8 GB of internal memory. You have the ability to expand the internal storage up to 32GB via the Micro SD.

This e-reader is running Android, but it is a heavily skinned version and its called Fidibo OS. The UI and all of the menus have been heavily optimized and the big selling point is being able to buy ebooks right on the device.  Their bookstore launched in 2014 and currently has 100,000 titles in both English and Persian.