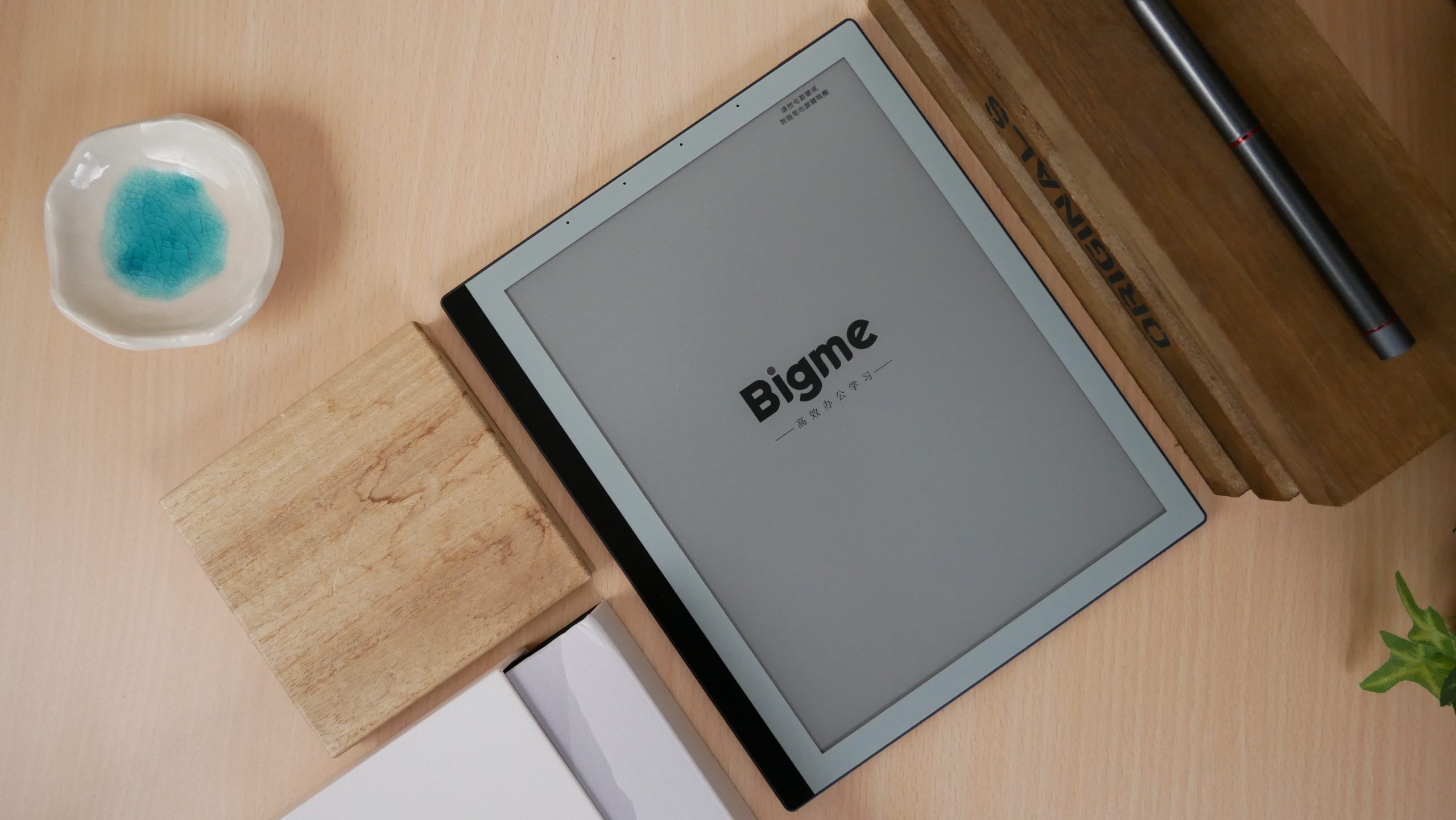 Bigme has been a brand that has primarily focused on the Chinese market. All of their devices were entirely in Chinese and required a local phone number just to use it. This was perfect for people who  lived there, but was not relevant to people who spoke English. This has all changed with the advent of the Bigme B1 Pro Plus. The major selling points is that it is running Android 11 and during the setup process you can select English, and the entire device has a localized UI. This is the only 10.3 inch digital writing tablet that has E INK Kaleido 2, or Kaleido Plus. During our unboxing process and getting to know the product, it seems to be using the panel from the Sony DPT-CP1 V2 Color, that we saw at a live event in February. If you can get past the price, this is really the only large screen e-note that can draw in full color, edit color PDF files and it is very compelling.

The Bigme B1 Pro Plus features a 10.3 inch E INK Carta and Kaleido Plus (Kaleido 2) color e-paper display. The resolution on the color panel will be 117 PPI and the black and white panel will show handle 1872 by 1404 resolution and 226 PPI. There is a front-lit display and color temperature system with 36 LED lights. The light distribution is nice and even. This device comes with a stylus that has 4,096 degrees of pressure sensitivity and palm rejection.

Underneath the hood is a ARM Cortex A55, which has a quad-core 1.8 GHZ CPU, 4GB of RAM and 128 GB of internal storage. It employs USB-C and is powered by a giant 4000 mAh battery. It ships with Android 11, but does not have an app store, so you will have to either sideload in alternative app stores or on an app by app basis. There are a series of preinstalled writing apps, to freehand draw or make notes. There are four microphones which can be used for voice communication apps, such as Whatsapp, Facetime or Discord. The microphones were designed to take advantage of their AI platform, which does voice to text system, which is great for audio dictation.

Speaking of audio, there are two stereo speakers. You can sideload in your favorite tunes, or install apps such as Audible or Spotify to listen to audiobooks, podcasts or music. If you want to not disturb anyone, there is Bluetooth 5.1, so it is quite easy to listen with a pair of wireless headphones.

There are dozens of colors that you can select for freehand drawing or making notes. The colors are; purple, light blue, lilac, dark green, yellow, orange, pink, sky blue, blue, green, red, light grey, grey, dark grey, black and white. It is finally now possible to edit full color PDF documents, with color INK. This is the largest English e-note in the world. All of the rest on the market are 7.8 inches, such as the Pocketbook Inkpad Color and the Onyx Boox Nova 3 Color. If you want to adopt color editing into your workflow, you will want to buy the Bigme B1 Pro Plus.

The retail packaging is all in Chinese, which has the model name and model number. It has a nice clean white design with some clouds on the side. The sides of the box are black. On the back it lists some of the key features, including having English. Inside of of the box is the device, which is enclosed in a static proof bag. There is also a little box that houses the stylus. This is the same stylus found on previous generations of the Bigme brand. The pen has 4,096 degrees of pressure sensitivity, which means the lighter or harder you press, the thicker/thinner the lines will become. Many pens for Wacom screens are battery free, but not the Bigme one. The top of the pen is removable, with a USB port, you can connect up a USB cable to your MAC/PC and charge it. The cap is magnetic, so it is easy to remove. The design of the pen is grey, it has a power button to turn on or off, helps conserve battery life. It also has a back, forward and eraser button on the sides. I think the stylus has a very interesting design There is a little box with a a few replacement nibs.

The device itself is white and there is a black stripe on the left side of the bezel. There are four microphones on the very top, the B1 Pro, only had two. The back of the Plus is black and has a beveled edge, which the Bigme logo and a series of certifications. The twin stereo speakers are also on the back, positioned on the very bottom.

The Bigme B1 Pro Plus is exclusively available on the Good e-Reader Store and retails for $1299.99 USD. It comes with a stylus and a few replacement nibs. You also get a full warranty, if anything goes wrong, you can do an RMA through us.