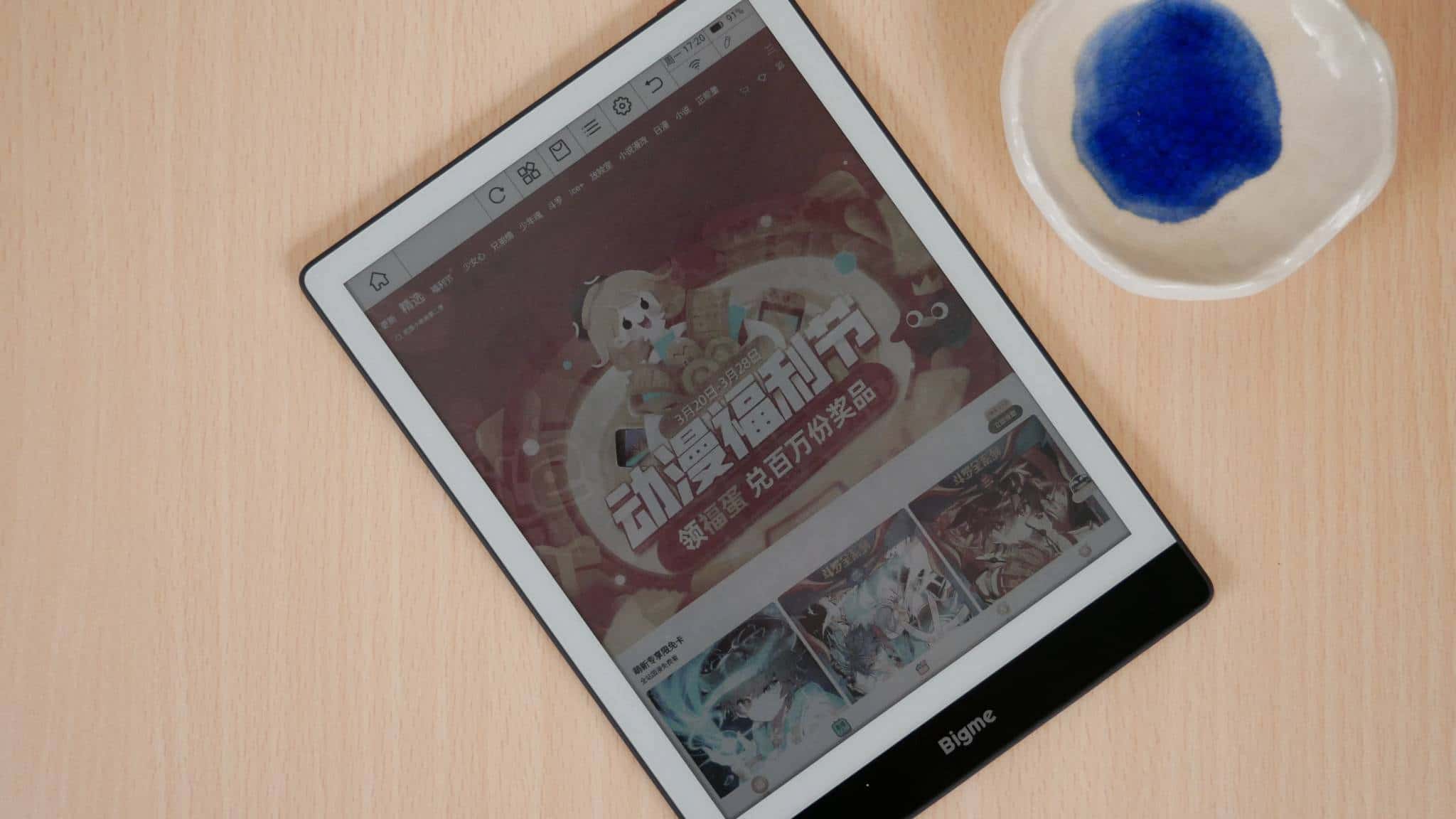 The Bigme S3 is a brand new 7.8 inch e-reader that has just come out. It is utilizing the E INK Kaleido Plus Color e-paper, which makes images and text really pop. This is due to the improvements that have been made to the printing pattern, and its closeness to the ink layer, to create brighter colors with better text rendering. Improvements to the front light reduce light scattering to create more saturated images with triple the color gamut of the previous generation while the front light is turned on.

The S3 features a 7.8 inch E INK Carta HD display and an E INK Kaleido Plus color filter array. The B&W screen is capable of displaying 16 levels of grayscale and has a resolution of 1872×1404 with 300 PPI and the color screen is 624×468 with 100 PPI, it is capable of displaying over 4,096 different colors. It has a front-lit display to read at night and has 18 white LED lights.

Underneath the hood is an quadcore 1.82Ghz processor, 2GB of RAM and 32GB of internal storage. It uses USB-C for connecting to devices and charge its 2000 mAh battery. It has a gravity sensor, dual microphone array and WIFI. Its dimensions are 190.8 x 135.8 x 6.3mm and the device weighs about 220g. It includes a pen that can be used for note-taking and drawing that also functions as a page turner.

The color scheme of the S3 has white stone along the edges  of the bezel and a black stripe at the bottom, which has the Bigme logo. The back of the device has the same piano black finish. There is a power button on the top, a USB-C port on the bottom and two stereo speakers. Given that this is an e-note, and users can freehand draw, take notes, edit PDF files, it comes with a very unique stylus. You can draw in eight different colors, the screen has palm rejection technology. The pen has 4,096 degrees of pressure sensitivity, which means the lighter or harder you press, the thicker/thinner the lines will become. Many pens for Wacom screens are battery free, but not the Bigme one. The top of the pen is removable, with a USB port, you can connect up a USB cable to your MAC/PC and charge it. The cap is magnetic, so it is easy to remove. The design of the pen is grey, it has a power button to turn on or off, helps conserve battery life. It also has a back, forward and eraser button on the sides.

This is a Chinese device, most of the UI is in Chinese, but the drawing app is totally useable by people who speak other languages. This is because everything has icons, denoting different pens/pencils/thickness/backgrounds and all the other drawing tools. Imported PDF files would be in whatever language you speak, so English users for example can sideload in their entire collections. The ebook app is mainly in Chinese, but you can sideload in your own EPUB files.

The Bigme S3 is expensive, since the company is relatively new. It retails for $899, exclusively available from the Good e-Reader Store.