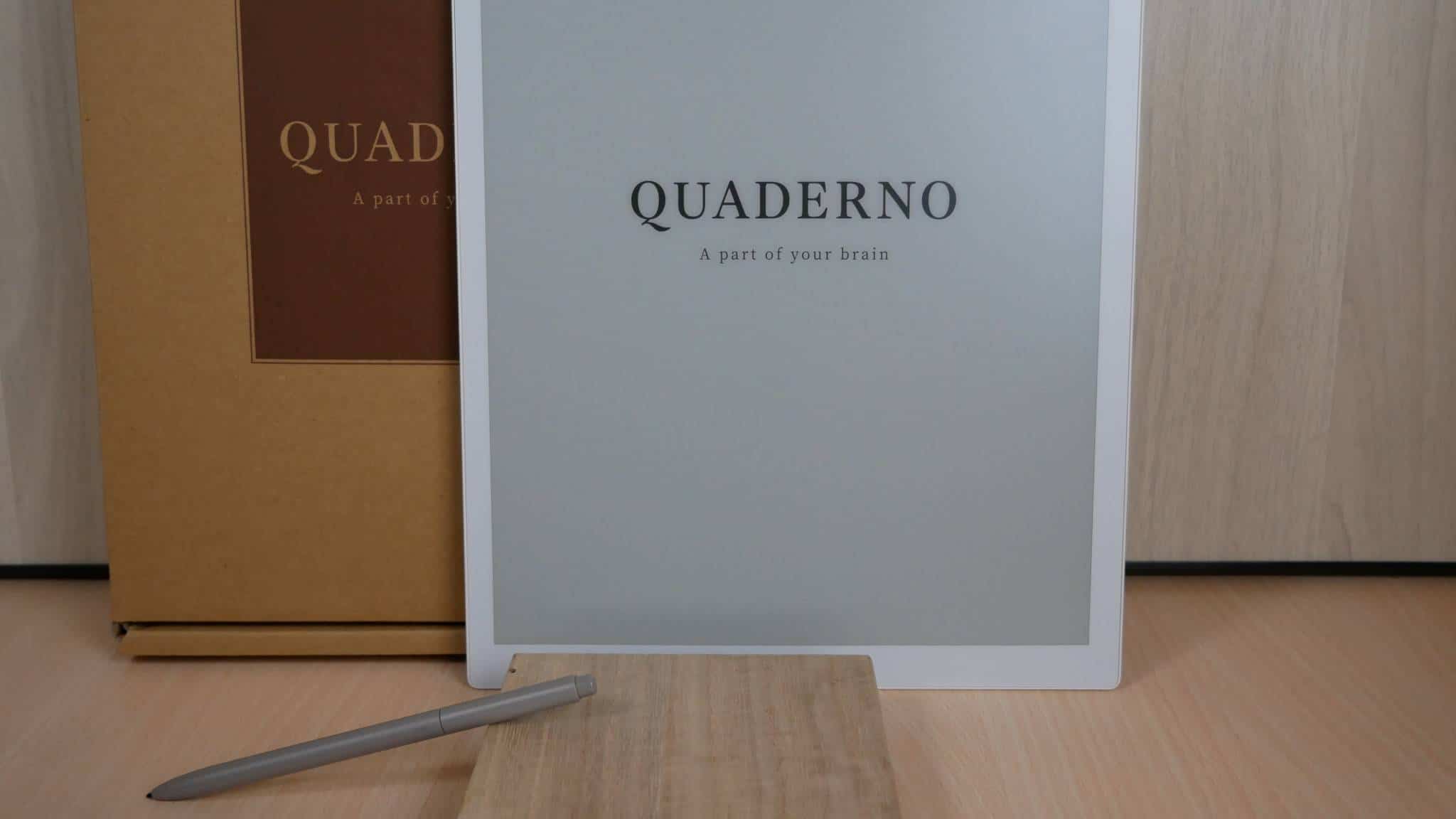 Fujitsu has just released the second generation Quaderno A4, which is a 13.3 inch digital note taking device. It is geared towards people who need an E INK screen with long battery life for the express purpose of taking note, freehand drawing or editing PDF files. This device is employing brand new Carta 1250 screen technology, which dramatically increases performance. Should you buy this device? Here is our first look.

The Fujitsu Quaderno A4 second generation is using a brand new E INK Carta 1250 e-paper display. It is the first product in the world to utilize this new tech. This version has a thinner film and faster ink, enabling faster page turns and less latency when using a stylus. When drawing, it should take than 30 milliseconds for content to show up.

The device features a 13.3 inch E INK display with a resolution of 1650 x 2200 with 207 PPI. You will be able to interact with various UI elements with just your finger, thanks to the capacitive touchscreen display. Fujitsu is utilizing a WACOM display for the first time. The stock pen is a milky grey and has an eraser and side buttons, which can be mapped to do different things. You can also use 3rd party stylus if you want, we tested it with the Lamy Al-Star and iReader X Pen, and they both worked flawlessly. The company is using a plastic screen, instead of a glass based one. It is quite glorious to write on a plastic screen, instead of glass.

Underneath the hood is a Cortex A53 Quad-core 1.8 GHZ processor, 32GB of internal storage, which is good for storing around 10,000 PDF files and 4GB of RAM. It has a USB-C port, which is great for people who want one cable for all of their devices. It has WIFI, Bluetooth 5.0 and NFC support for FeliCa (screen unlock) and NFC Forum Type 4 Tag (easy connection with QUADERNO Mobile App). You will easily get up to 4 weeks of usage before you have to recharge it. The dimensions are 222.8mm x 301.1mm x 5.7mm and weighs 368g.

The design of the A4 2nd gen is white and has a grey e-paper screen, that is black and white, and doesn’t produce color. It comes with a stylus, but not a case or screen protector, those you have to buy separately. There are three replacement nibs and nib removal tool and a black USB-C cable. The retail packaging is cardboard stock that has a picture of the device on the front with some light tech specs on the back. You get a quick start guide, user manual and warranty documentation.

Fujitsu continues to run Android on their devices, but it is severely locked down. You can cannot sideload apps, they have their own UI and it is heavily skinned. So the average user would really not know that it is running Android, this is similar to the approach that Sony took with their line of Digital Paper devices.

Although Fujitsu is only selling this in the Japanese market, it does have an English language option. This ensures that anyone who speaks Japanese or English will get a ton of value from the UI and settings menus. It retails for $799.99 and is exclusively available from the Good e-Reader Store.